Parramatta Eels outside back Haze Dunster is a Wentworthville Magpies junior that has progressed through the Eels Jersey Flegg and Canterbury Cup system over the last few years.

A talented and athletic outside back, the twenty year old was part of the Eels SG Ball side that claimed the National Championship in 2017.

He has been a regular on the wing for the Wentworthville Magpies in the Canterbury Cup in 2019, and played in the Parramatta Eels Nines squad in 2020. 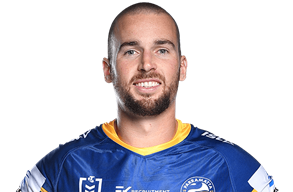