For newly-appointed Parramatta Eels CEO Scott Seward, his first official day on the job means catching up on some crucial issues for the club and its Members and fans.


Speaking to Terry Kennedy and Michael Slater on the Big Sports Breakfast on Wednesday Morning, Seward covered the big talking points around the Eels, and filled the boys in on his initial priorities as CEO at the blue and gold.


First on the list comes the Eels Head Coach position, and while he's limited by the pending start of pre-season 2014, Seward is adamant that the decision can't be a rushed one.


"The players are back [for pre-season training] by November 1, so we need to make a decision," Seward says.


"[Appointing the coach is] my appointment and I'll do it on consultation with the board."


"I'll get up to speed in the discussions that are being had, and most importantly we won't rush the decision. We'll make sure we get the right person for the job and if that takes a week, two weeks or any period of time, it is all about getting the right person who will bring this club long term success."


At Parramatta, that vital appointment is one that will be made among speculation in the sporting media about disagreements among Eels Board Members, and players being courted by rival clubs.


Seward is equally frank on both matters.


In reponse to questions of whether Jarryd Hayne is standing by his two-year deal and staying at the club, the new CEO says "yes."


And on whether the Eels board is a united group, "yes" again.


"There is no disharmony here; we're a united club," Seward says.


"I think the perception [of disharmony] is from people outside our business, people who are directly involved in our business will not say that; it's not the truth at all."


"The board has been voted in by the members, they are doing their job and it's my job to make sure that the off-field team does our job."


"Undoubtedly we've had our challenges here as a club, but most importantly today is the start of a new era."


"There's a very hard working and dedicated team here working towards making the Parramatta Eels a very successful club and every day we want to leave this business we leave it better than we found it."


And in his first interview in his new role as CEO of the Parramatta Eels, Seward responded to suggestions that he has one of the toughest jobs in sport with an alternative.


"This is the most exciting job in australian sport right now," Seward says.


"Every part of this business comes under my stewardship now. And there are not just problems here, there's plenty of highlights in our business, too, and it's time to start looking forward not looking backwards."


"But we want to be long term successful. We want to be in the finals every year; we want to be competing for grand finals and premierships every season, not here and there."


"And what does that mean in 2014? It means that we improve. We keep improving the club day in, day out until we're back challenging for premierships every year." 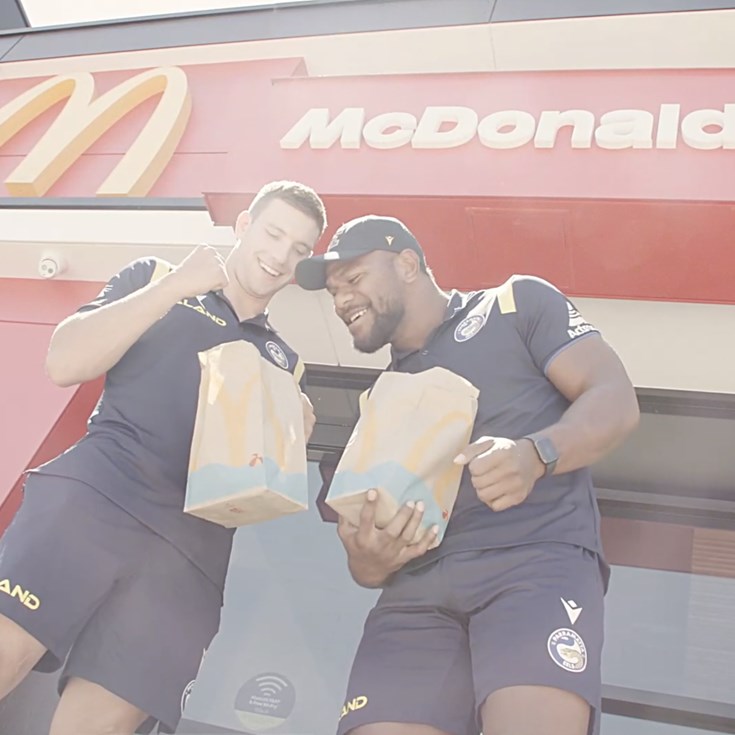