The Dyldam Parramatta Eels kicked off their 2015 season by embarking on a 10-day training camp to the USA ready to learn from the best.

Take a look back at some of the action from the preseason training camp.

Day One kicked off with the squad departing Sydney for their 15 hour journey to Seattle via Vancouver, but not before some loving moments with their significant others and a final chat with the media! See it here. It’s the race that stops the nation, and the squad were determined to catch all the Melbourne Cup action despite being on the other side of the world! The team and coaching staff enjoyed the race celebrating with Seattle resident and friend Dick Fain (Talk Show Host Sportsradio 950KJR). 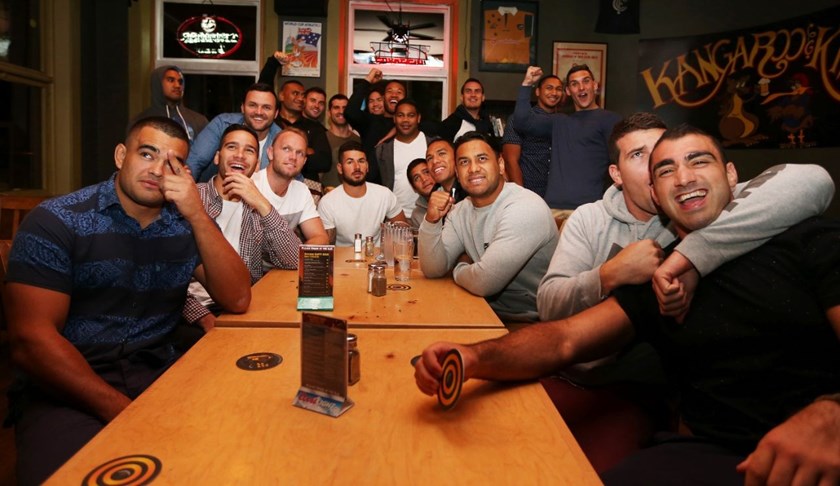 An organised tour of Seattle for Day Two, kicked off in the morning with a behind-the-scenes tour of the Boeing Factory to see how they keep things flying smoothly. After some free time, which plenty of the team decided to spend playing a rather competitive game of cards, the team travelled to the Seattle Space Needle for a bit of sightseeing from the 158m tall observation deck. 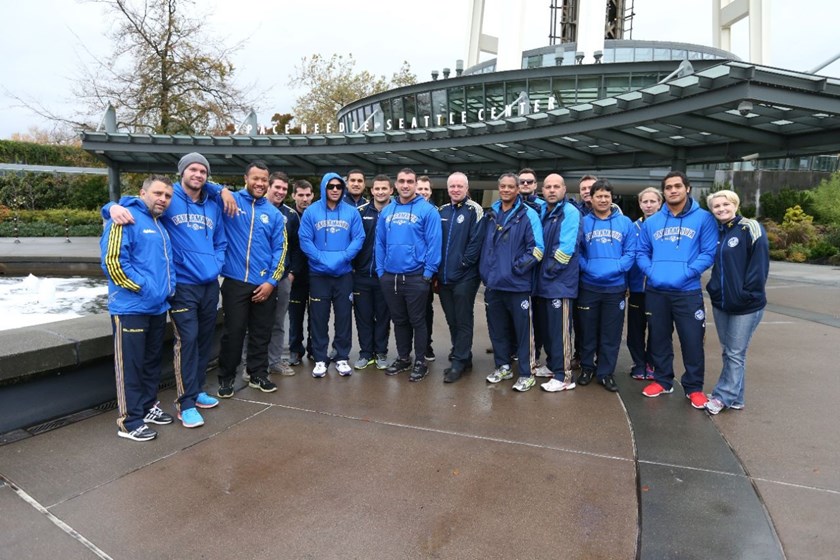 The sightseeing ended as the team headed to the gym whilst Parramatta Eels executives and staff headed to the Seattle Seahawks offices to meet with their organisation and the SeaGals before a team dinner at the Seattle Space Needle. Day Three saw the Eels treated to an insiders look at the Washington Huskies preparation as the team were allowed exclusive access to the team’s training session at Husky Stadium.

The boys felt the full match day experience, despite an empty 70,000 seat stadium, as the Huskies ran through their playbook whilst the match day DJ pumped music and the giant screen operated as per gameday. 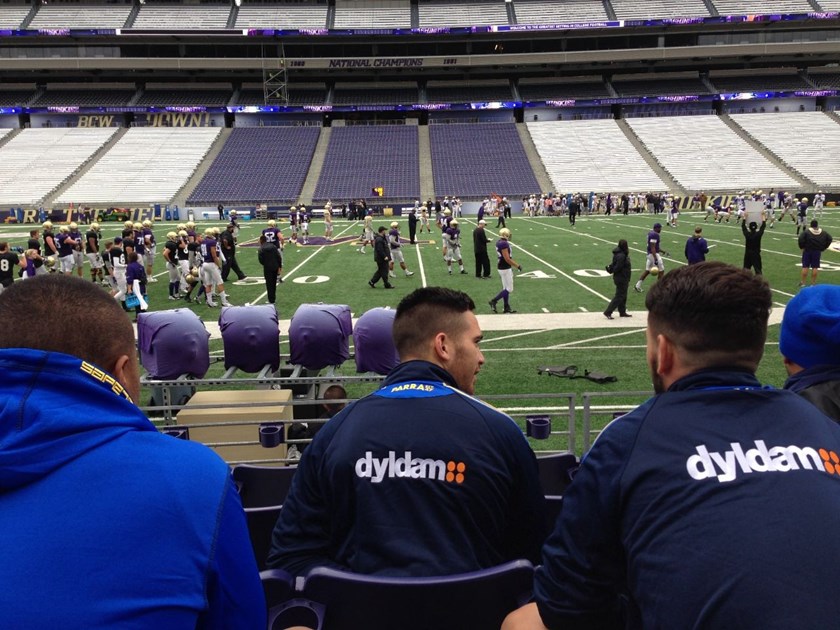 It wasn’t long before the Blue and Gold took the field to strut their stuff and begin a gruelling 90 minute fitness session. 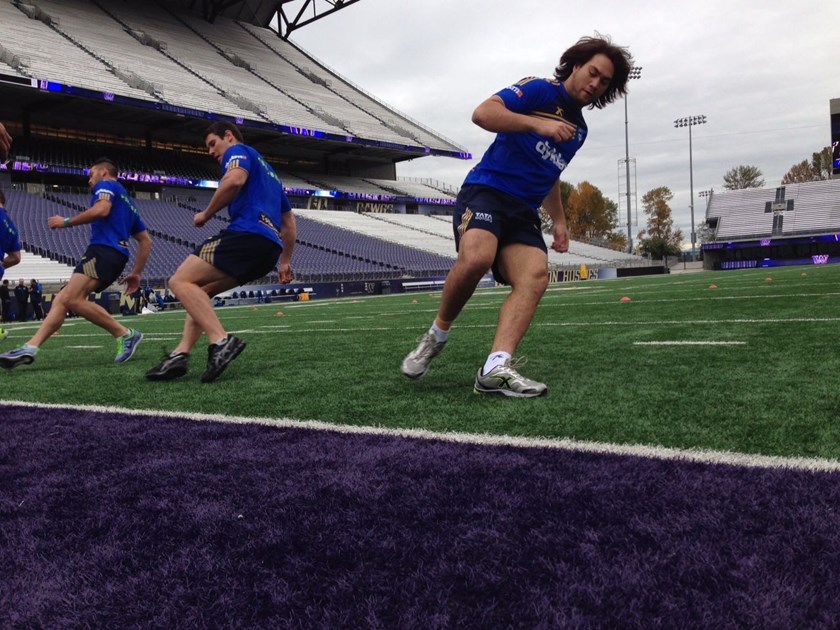 Whilst the team began their recovery pool session, Parramatta Eels executives visited the Seattle Seahawks with Eels CEO taking this snap with some new bling! Day Four kicked off with the Parramatta Eels executive team visiting Dick Fain to take a tour of his radio station along with presenting him with some #blueandgold! 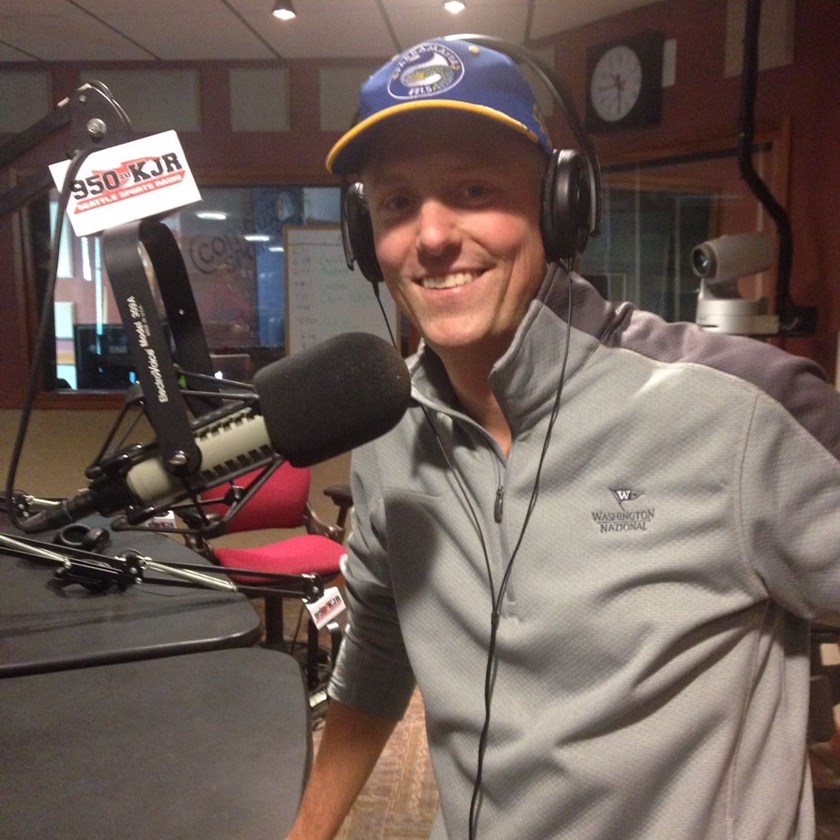 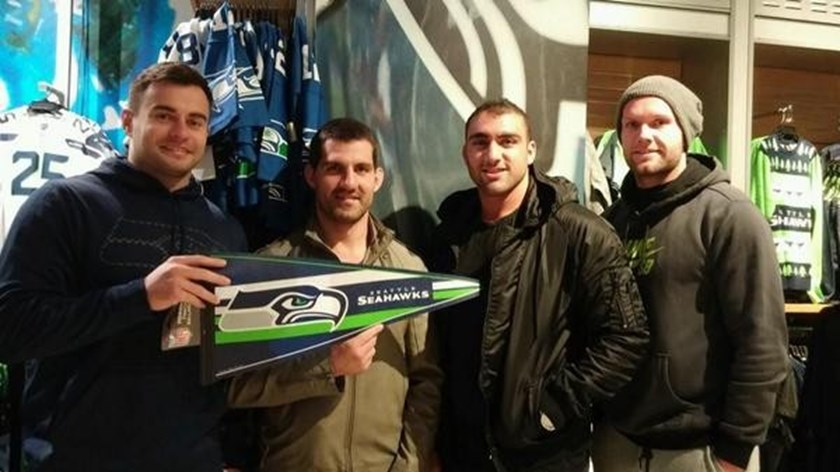 Before heading for training, the Blue and Gold visited the King County Boys & Girls Club in Rainier Vista to meet the kids and help them with some dunks on the court. 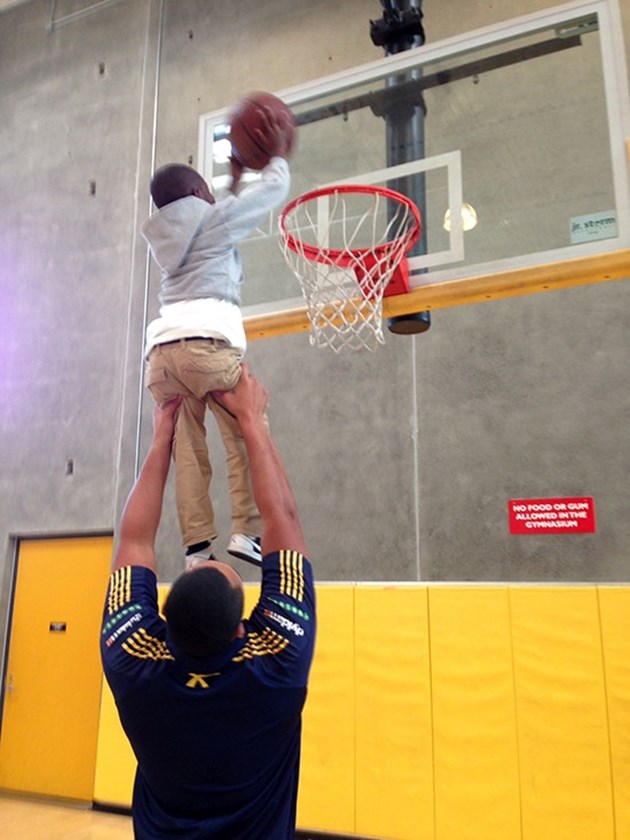 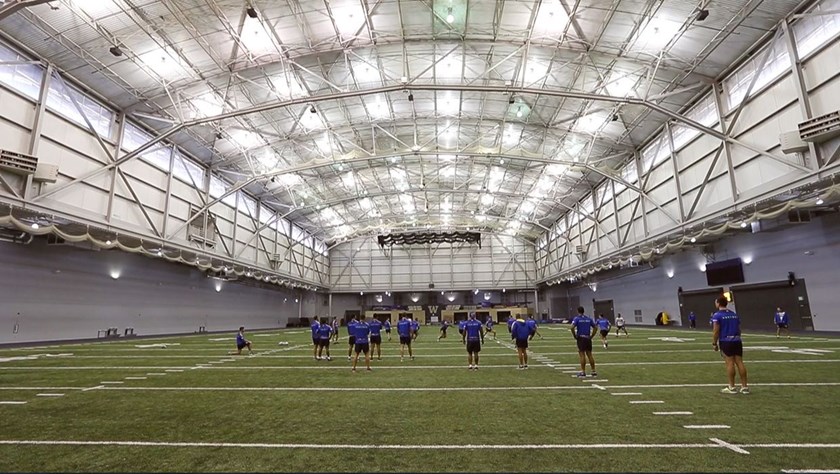 And after hanging out with some of the great kids of King County, the Blue and Gold hit the field at the University of Washington's amazing indoor training field for a fieldwork session. Click through to see video of the squad in action in the air-conditioned hundred-yard training facility, and hear from Tim Mannah about how much the team is getting out of their trip to Seattle

Day Six kicked off with a early morning boxing session before the Blue and Gold travelled to a team lunch at Chinook’s at Salmon Bay, Seattle via boat. 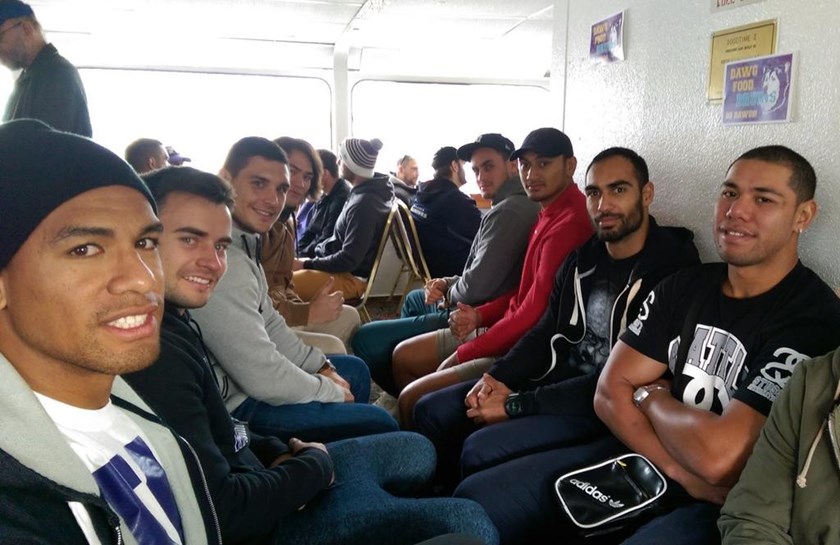 The team then went to cheer on the Huskies in their college football clash v UCLA. Despite the Huskies not coming away with the win, the team enjoyed the atmosphere of the 65,000 vocal crowd at Husky Stadium. 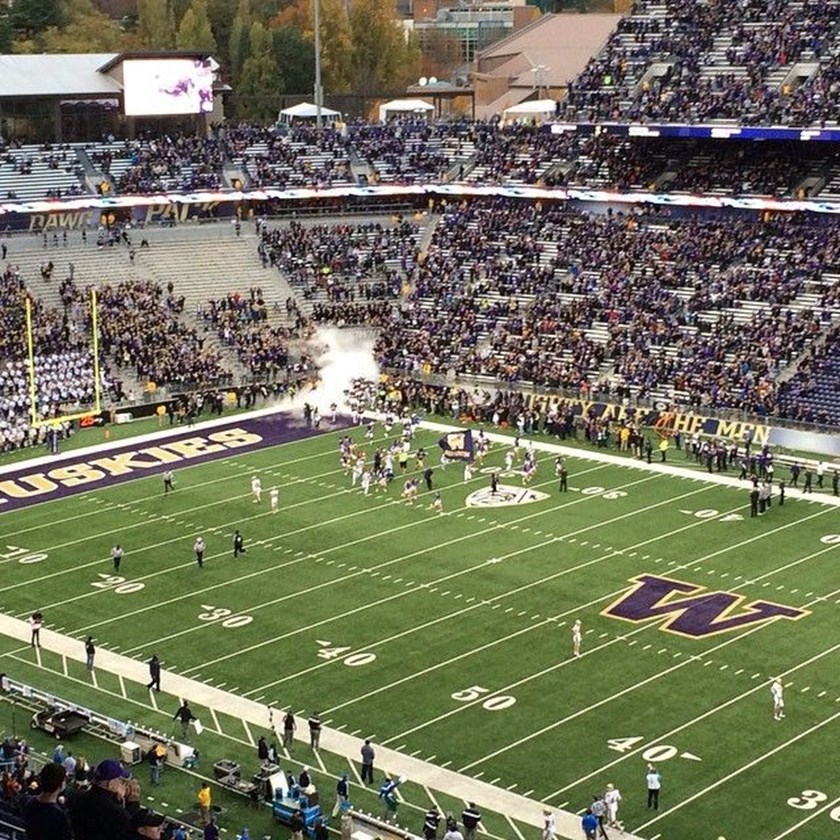 A quick team dinner with a visit from a surprise guest! 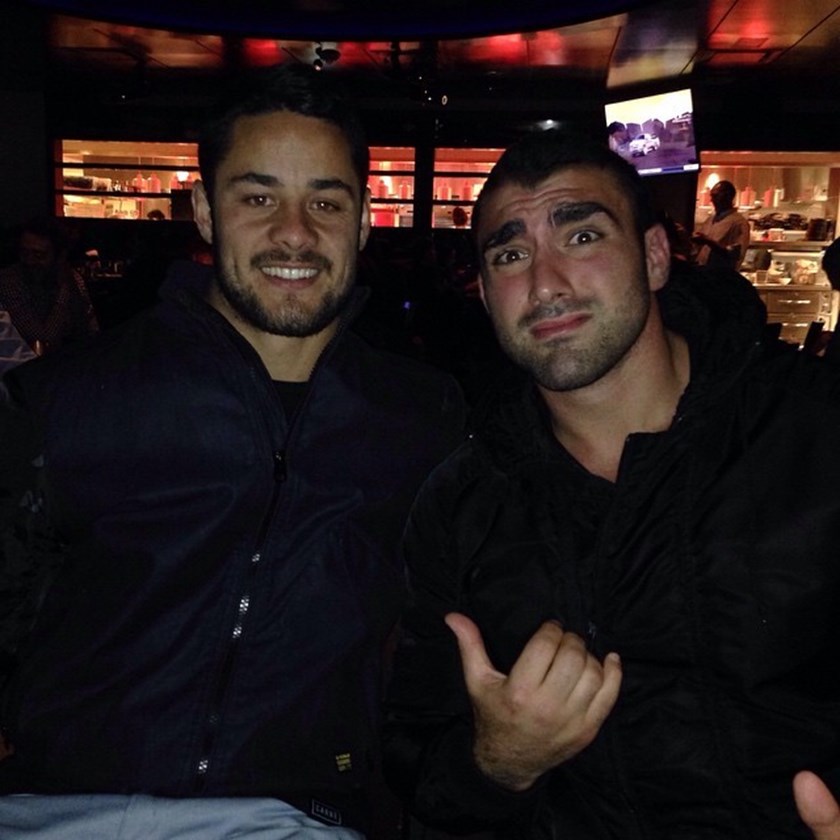 Day Seven saw the boys were treated to another game of football when they attended the Seattle Seahawks v New York Giants at CenturyLink Field, Seattle. 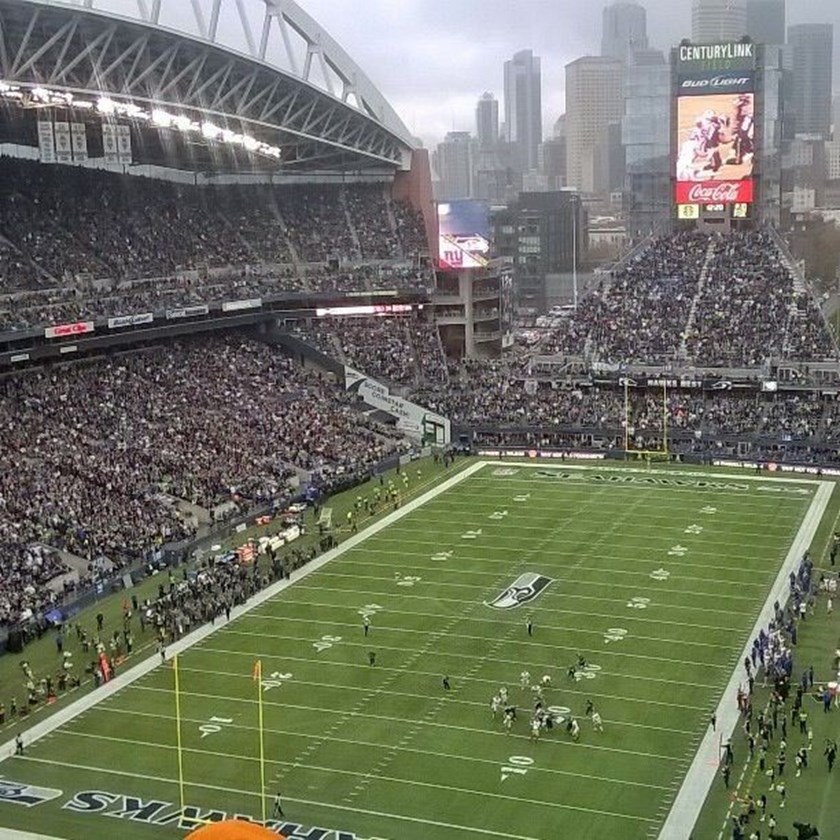 A big travel day for the Eels with the USA training camp beginning to wrap up. The team travelled to the airport to begin the long flight to Sydney via Vancouver. But first, let us take a selfie!

The final day day lost in transit but the Blue and Gold were welcomed back by Parramatta Eels office staff. Some jetlagged players getting off the bus! 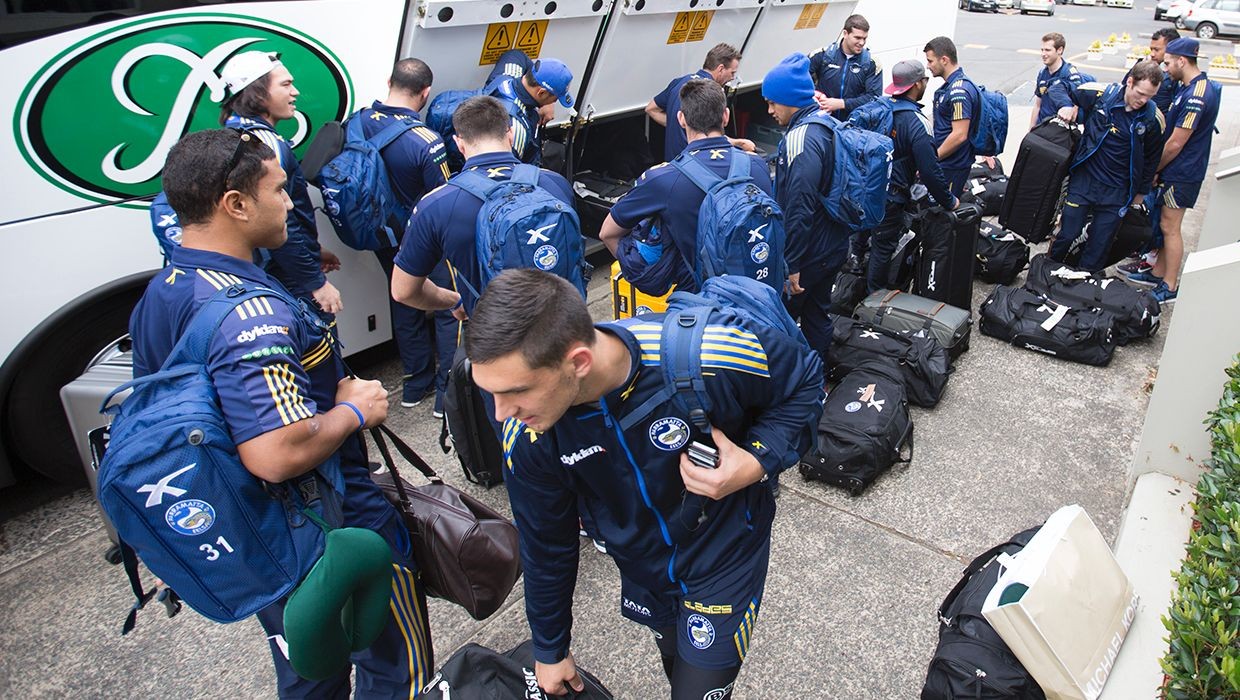 Presented by
15 hours ago