The Dyldam Parramatta Eels have gone down to the New Zealand Warriors at Mt Smart Stadium, suffering a 29-16 defeat.

The Warriors began the first half in attacking fashion and after the home side earned two early penalties they capitalised by posting first points on the board.

A quick play the ball just metres from the Eels tryline saw Warriors back rower Ryan Hoffman scoop the ball up from dummy half to crash over for a converted try in the opening 5 minutes.

The Warriors maintained the pressure as the home team’s five-eighth Chad Townsend put in a grubber behind the Eels defence and centre Solomone Kata was the first man to the ball as the video referee awarded a try to the Warriors.

The Warriors extended their lead in the 18th minute when their livewire hooker Thomas Leuluai found space from some tiring Eels forwards in the ruck, and as he sliced through the defence, centre Tuimoala Lolohea loomed in support to complete a 70m try under the posts.

The Warriors laid on their fourth try of the opening half through Manu Vatuvei.

The winger was on the finishing end of a Chad Townsend pass, after the five-eigtth found himself in open space off a Simon Mannering short ball, and the Warriors extended the lead to 22-0 after 21 minutes.

As the half time break loomed, the video referee was brought back into the game ruling on a potential penalty try to the Warriors. As Manu Vatuvei offloaded to Townsend, who found himself one on one with fullback Will Hopoate, he chipped over the top before the two collided.

The video ref ruled there was nothing in the incident, and the Eels entered the half time break trailing by 22-0.

The Warriors were the first to put points on the board in the second half when Kata scored his second of the night as the centre outleaped his Eels opposition to take a Townsend bomb and score out wide.

The Eels struck in the 52nd minute of the game when a left side shift saw the ball going through the hands of Manu Ma’u and Corey Norman to find Reece Robinson streaking down the sideline. As the cover defence came across, Robinson found Takairangi in support to cross for the Eels first try of the night.

The Eels were in again minutes later when the ball came loose 10metres out from the Warriors try line. Anthony Watmough was first to the ball and a quick pass to a charging David Gower, who was running at full speed, saw the forward crash over the line for his first try in the NRL.

The Eels left side attack was troubling the Warriors and Manu Ma’u sparked a long range attack when the second-rower stepped of his right foot to get on the outside of his defender. A quick pass to Takairangi before an offload to Robinson saw the winger streaking 60m down the sideline.

Robinson was tumbled over as he planted the ball down and the video referee confirmed the Eels third try of the half, with the score reading 16-28.

The Warriors extended their lead to 13 when Shaun Johnson kicked a drop goal in the 75th minute and the score remain unchanged, 29-16, when the full time siren rang. 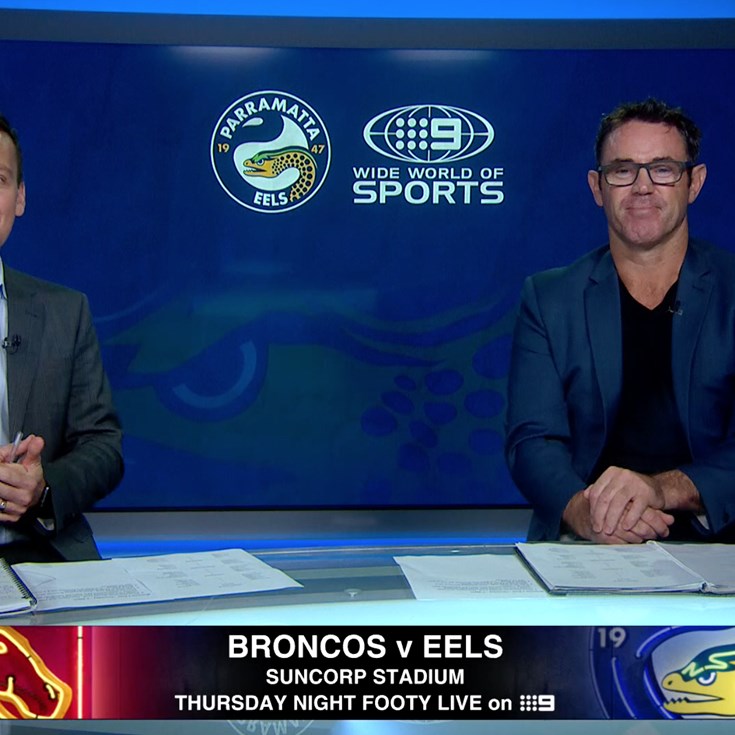