The Dyldam Parramatta Eels District Representative sides have played their Round 6 clash over the weekend against the South Sydney Rabbitohs with the Harold Matthews side keeping their undefeated record in 2015 going whilst the SB Ball side have fallen in a tough encounter.

The Eels Harold Matthews side have continued their undefeated streak in 2015, winning their sixth consecutive game of the season to sit at the top of the table.

The Eels entered the half time break with a 12-10 lead before they extended their lead in the second half to claim victory by 14 points with Haze Dunster top scoring with two tries. The Eels SG Ball side faced a rampant South Sydney side and the fast scoring Rabbitohs kicked away to an early 26-6 lead at half time. The Eels fought valiantly in the second half however they went down 40-20. 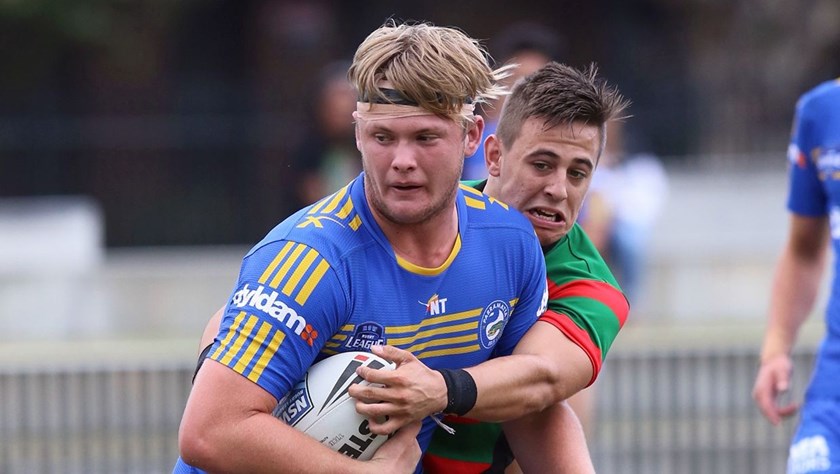 The Dyldam Parramatta Eels District Representative sides will have a BYE this weekend before taking on the Manly-Warringah Sea Eagles on Saturday 4 April 2015 at Blacktown Patrician Brothers College. The Harold Matthews kick off is at 10.00am before the 11.15am SG Ball kickoff.

Round 11 vs Manly Gallery

Moses clutch from the side line