For Dyldam Parramatta Eels halfback, Chris Sandow, Parramatta is well and truly home, and the number 7 says he’s looking to improve his efforts on the football field as he prepares to take on the Rabbitohs.

Facing up against the in-form South Sydney, his former club, Sandow says talk of rivalries with his past teammates and contract discussions for 2016 and beyond are the furthest thing from his mind.

“This is my home at Parra now, I’ve been here for four years,” Sandow said.

“Hopefully I’ll keep playing well and get another contract, but I haven’t spoken about it. It’s up to the club and Brad [Arthur] plus my manager, I leave it up to those guys.”

“It’s not in the back of my mind, I’ve just got to go out each week and do what I do best for the boys; I’m just chopping away and doing my work.”

For the Blue and Gold, talk of 2016 rosters and new additions to the playing squad are an unwelcome distraction as the Eels look to chalk up their second win of the season.

“Souths is a great team, they won the comp last year, it should be a big challenge for me and the boys,” Sandow said.

“But we’re up to the challenge this week, especially at home. They got us last year, but that’s last year.”

Sandow heads in to the clash with extra confidence after recovering form an ankle injury picked up in the Eels’ Round 2 game against the Bulldogs, and an eagerness to lift his own performance.

“I’d like to say it’s good (my form) but I could’ve been better the last two weeks since I got injured against the Dogs,” Sandow said.

“Last weekend [against the Warriors] I was a bit second-guessing myself.”

Friday night is the Eels' #SalutetoService game, with representatives from the defence forces and frontline services in attendance. Click through to see more information on our game day page! 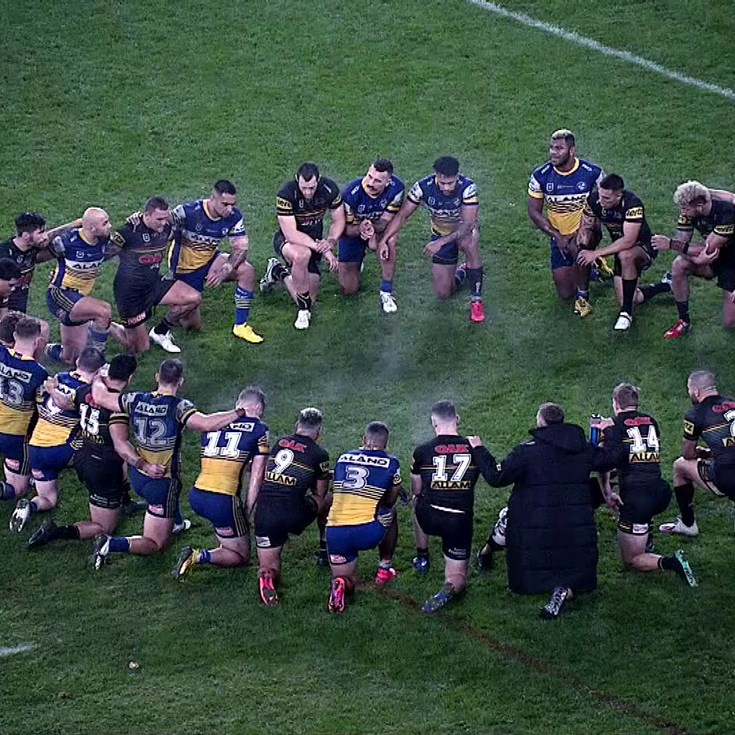 Arthur: It was important we showed our captain what we think of him