Dyldam Parramatta Eels forward Junior Paulo will return to the action this Friday night when the Eels take on the South Sydney Rabbitohs at ANZ Stadium for their Round 11 clash, and the forward is looking forward to returning to the thick of it, fresh and in the fittest shape he has ever been.

Paulo has featured just once this season, in the Eels victory over the Manly-Warringah Sea Eagles in the opening round of the NRL Telstra Premiership, before he was charged with a Grade 3 Dangerous Throw which saw the forward sitting on the sidelines for 9 weeks.

However Paulo is eager to make the most of his return this Friday night.

“It’s been a long ten weeks but this is the opportunity I have been waiting for,” Paulo said.

“This is just an opportunity to come back and obviously Brad has given me that chance so I will take it with both hands this week and try give back to the boys.”

Paulo has been at every Eels training since he was handed down a nine week suspension and  after working closely with Eels Strength and Condition Paul Devlin, the hulking 188cm, 118kg forward believes he is in the fittest shape of his career.

“I’ve been getting towelled up, pretty much week to week!” Paulo joked.

“I have been coming in five days a week and on my days off, but it has given me the chance to freshen up and come back.”

“It is probably the fittest I have ever been. I have had the preseason before I got suspended so it feels like I have had a second preseason under my belt,” Paulo added.

Whilst the results have not come on the field, Paulo has seen first hand the hard work the Blue and Gold have been putting in on the training paddock, and the forward is eager to get out there on Friday night to assist his teammates.

“We have been working hard off the field and hopefully it shows in the field,” Paulo said.

“It has been frustrating the past nine games, training with the boys but then sitting there and watching them go through what they have been going though.”

“We are almost there, but we can’t keep saying that every week, we have to be able to push through that last 10-20 minutes” Paulo added.

“I am sure the boys will be able to pull through this week, we have been training hard and it’s been a short turn around for us so we are just trying to find our feet again and keep going.”

The return to the action will see Paulo coming off the bench to face the 2014 Premiers, and he is ready to get back into the middle and play a vital role in getting the two points.

“Souths are the Premiers from last year and they build a lot of their play around their forward pack,” Paulo said of the opposition.

“They have a big forward pack, but so do we, so we just have to match them.”

“It will be a big battle of the forwards.”

Gates at ANZ Stadium open at 5:10pm with NYC kick off scheduled for 5:15pm. NRL kick-off is at 7:45pm. Click here for all the important Game Day Information 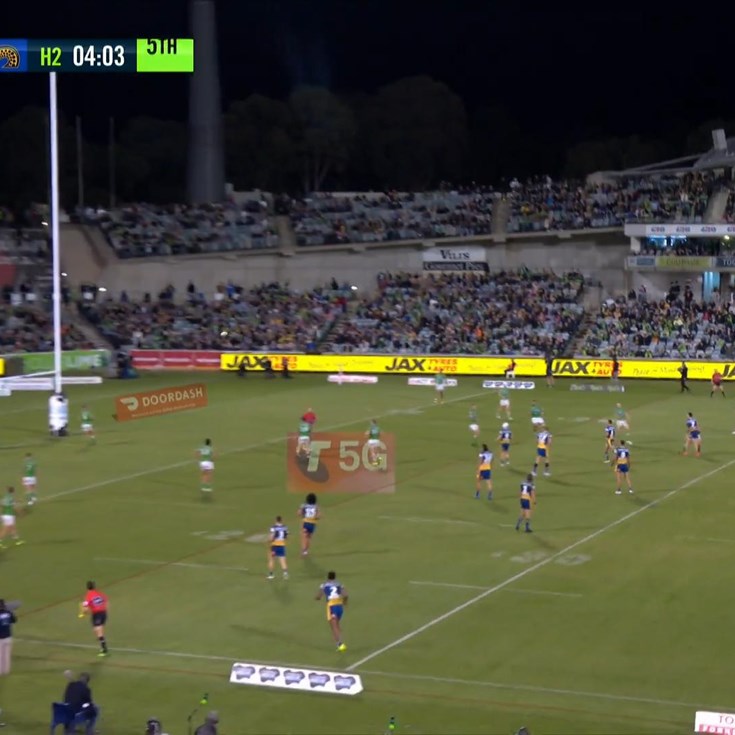