The Dyldam Parramatta Eels Holden Cup side have suffered a tough Round 13 defeat at the hands of the high-flying North Queensland Cowboys, going down 54-6 at McCredie Park, Guildford this afternoon (Saturday June 6).

The visitors came with plenty of energy and confidence after last week’s clinical 38-6 victory over the Manly Sea Eagles. The time between games and continuous travel did not seem to affect the Cowboys side who crossed over through winger Gideon Mosby in the opening five minutes as he pounced on a Cooper Bambling kick to open the scoring.

The Eels pack fought hard in the middle of the field to match it with the Cowboys forwards but fullback Yamba Bowie managed to break the arm wrestle as he split the Blue and Gold defence. The fullback found forward Bill Cullen in support for the Cowboys second try, before he set up his winger Scott Schulte in the corner for their third, as the Cowboys took a 18 point lead after 20 minutes.

The Eels stayed in the arm wrestle and managed to strike back with a converted try through fullback Bevan French and as their confidence grew they began to play some enterprising football. However their momentum was shut down quickly as they shifted a ball to their right edge, leaving Mosby to intercept a loose pass, before streaking 40m to score under the posts.

The sides headed to the sheds at half time with the Eels trailing 24-6.

The second half saw the Cowboys come out of the blocks firing and looking to build on their lead as interchange forward Viliame Kikau broke through the defence to set up Bowie to score out wide for a converted try.

Cowboys winger Mosby continued to terrorise the Eels defence and he crossed for his third and fourth try of the afternoon in the space of five minutes which saw the visitors continue to build on their comfortable lead.

The Cowboys crossed for their eight try through bench utility Kyle Laybutt in the corner before a some frantic passes saw the Cowboys cross for their ninth of the afternoon through frontrower Braden Uele.

A try to Kikau just before the fulltime siren cemented the Cowboys polished and impressive victory over the Eels. 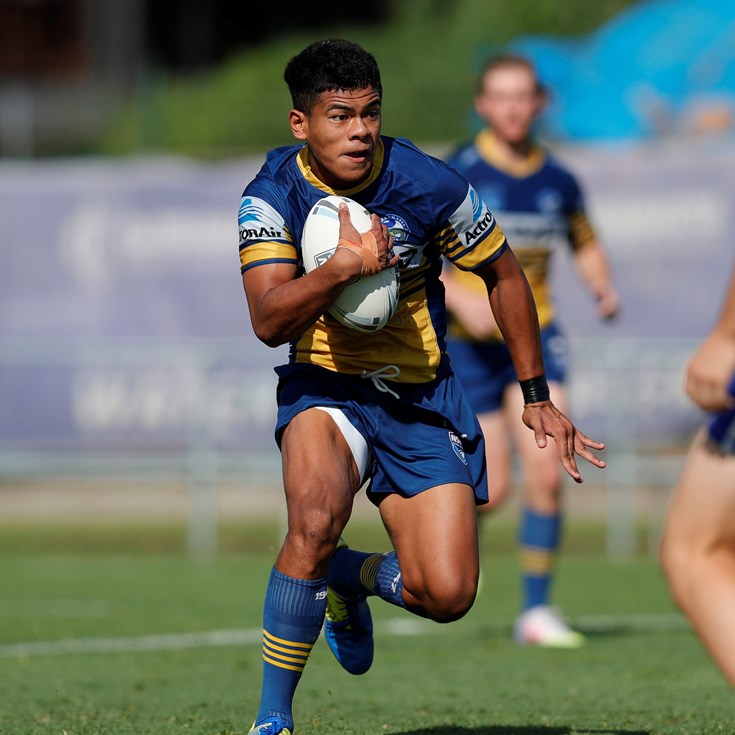