This week, Mary Kaye looks ahead to Round 16 against the St George Illawarra Dragons at Pirtek Stadium. You can catch up on Mary Kaye's blogs at Ladies who League here

When I think about the Parramatta Eels - I think of many words. But one of the first words that always springs to mind is tradition.

Established in 1947, the Parramatta Eels are a Club which is steeped in tradition and which has a very rich and proud history. As a Club, we have so many fans that can often talk (and often do talk) with much pride and nostalgia about the great periods in our history. Most notable of these periods, of course, was the 'Glory Era' of the 1980's, where Parramatta appeared in 5 Grand Finals and won 4 Premierships between 1981 to 1986.

Despite this period being well before I was born, I have been told stories about the sensational tries and the anecdotes about the players, so I feel like I was there myself. Under the guidance of the great Jack Gibson coupled with the ability of tremendous players like Ray Price, Eric Grothe Junior, Gentleman Mick Cronin, Zip Zip Steve Ella, Brett Kenny and Peter Sterling, the Parramatta Eels had the greatest and most illustrious period in our long history. We were something pretty special - the envy of all the other Clubs in the League. This glory period is yet to be repeated in our history and as a young Parramatta Eels fan, I long for the days where our Club will celebrate this sort of success again.

I have no doubt that brighter times are ahead.

This weekend gives us the opportunity to celebrate this history during Heritage Round. In our game against the St George Illawarra Dragons on Saturday, our boys will be wearing their 2015 Heritage jersey for the first time, hopefully with much pride.

The St George Illawarra Dragons are another Club whose name is associated with tradition and I could not think of a more fitting rival to line up against on Saturday evening.

On the football field, this weekend gives our boys the opportunity to build on our gutsy win against the Melbourne Storm and hopefully string a couple of wins together as we head toward September.

I know that Parramatta Eels fans love nothing more than Saturday night football at Pirtek Stadium. Whilst there has been a lot of media speculation surrounding our Club over the last couple of weeks, as fans, this weekend is another opportunity for us to show our solidarity for the Club that we love so much. A good way of showing that solidarity is by being there on Saturday night.

With that in mind, I look forward to seeing as many as possible of you at the game on Saturday night. Let's fill up Pirtek Stadium and help to cheer our boys on to victory as we remember and celebrate how much we have achieved and how much more we still have left to do. 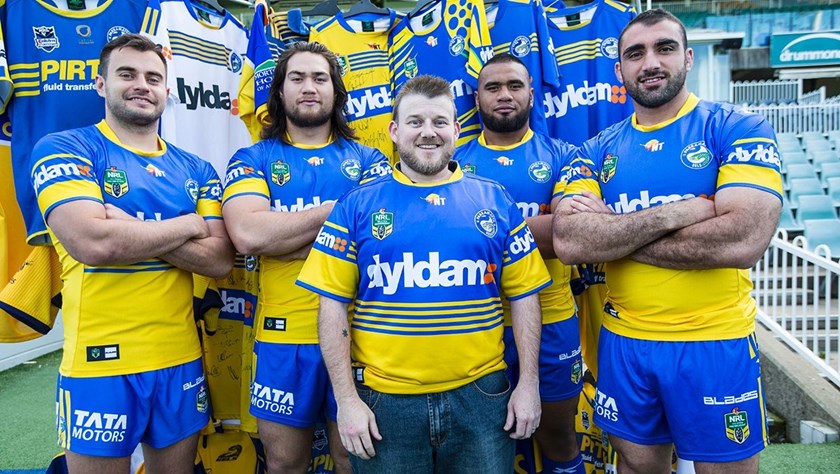