Dyldam Parramatta Eels forward Pauli Pauli says the Blue and Gold are motivated to play tough and aggressive football for the remainder of the 2015 season, starting this week, when the Eels take on the Sea Eagles at Brookvale Oval on Sunday 23 August.

After coming off a 28-18 defeat to the premiership favourites last weekend, the Sydney Roosters, Pauli says there are positives to take out of the clash despite not coming away with the two points.

The Eels had taken a 14 point lead (4-18) into the sheds at half time, however the Roosters scored 24 unanswered points in the second half.

“It was a good lead in that first half, we didn’t get there in the end but we played tough, we played disciplined football and we played aggressive,” Pauli said.

“Hopefully we can get the win this week against the Sea Eagles.”

“It is always frustrating. You just want to win the game, especially if we are leading by a lot and you just want to complete the game by getting the big ‘W’.” Pauli added.

The Blue and Gold turn their focus to their Round 24 clash against the Sea Eagles this weekend, with the opportunity to impact their opposition’s run into the finals.

“Manly are a great team and a great side and hopefully we can get up,” Pauli said.

“It does pump up the boys to try and break their winning streak as well and it gives us motivation to play tough and strong.”

“If that is a confidence booster for us, then hopefully we can get over them,” Pauli added, reflecting on the Blue and Gold 42-12 victory in Round One, 2015 against the Sea Eagles.

The Eels have faced a battle with injuries over their 2015 season, including losses to Danny Wicks, Anthony Watmough and Nathan Peats from their forward pack, and Pauli spoke of the opportunity to stand up and own the greater responsibility.

“We lost a lot of good players throughout the season, but I think it’s time for us young fellas to stand up and play for our team and show what we have got,” Pauli said.

“We have to play tough til the end of the season so hopefully us young fellas can continue to play at our best and give our all for the rest of the season.”

“We have to continue to play aggressive, be disciplined and work on our effort,” Pauli added.

The Eels take on the Sea Eagles at Brookvale Oval on Sunday 23 August, kick off at 4pm. 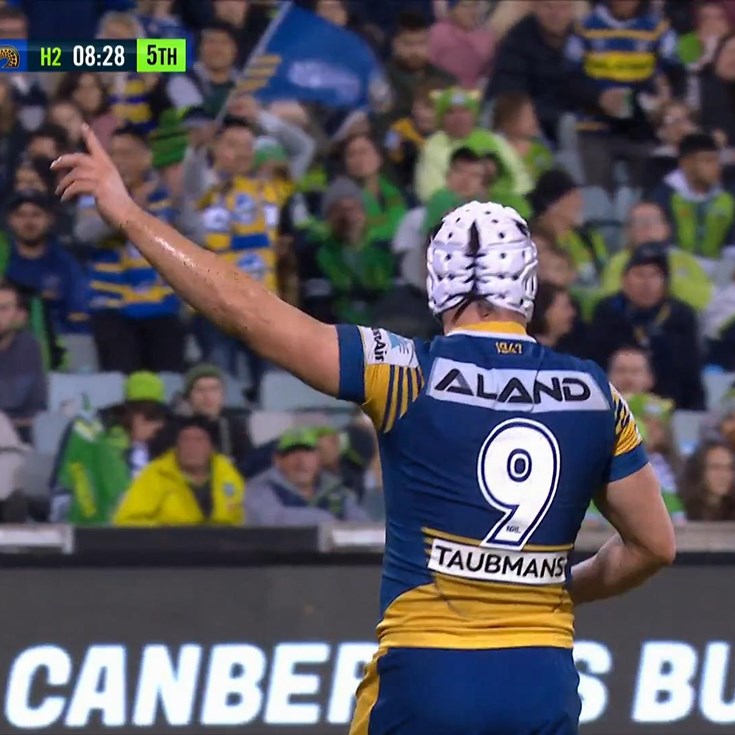 Big Papa gets his second for Parramatta