The Dyldam Parramatta Eels have ended their week in the Northern Territory with a 20-all draw with the Gold Coast Titans in their first NRL trial of the year.

In front of 2,405 vocal fans at Alice Springs’ Anzac Oval, a late try to the Titans saw the match levelled on the siren.

The first quarter began with the Titans dominating possession, with Nathan Friend burrowing over for  try from dummy half before the Eels had the chance for an attacking set.

Local Territory junior Luke Kelly was instrumental in setting up the Eels’ early try, with Ryan Morgan the beneficiary of a right to left play, crossing on the wing.

The second term saw the Eels forward aim up, with Junior Paulo, Daniel Alvaro and Cameron King rotated into the side.

Alvaro didn’t last too long, leaving with a concussion early in the quarter, but the Eels stepped up their attack.

Kelly came very close to scoring himself, but the next play Paulo received the short ball from dummy half and barged over under the posts to put the Eels ahead.

Centre Brad Takairangi pulled off an incredible one-on-one strip off Shannon Walker, with a pass to rookie Alex Twal leading to his first try playing with the first grade side.

The third quarter saw more players rotated into the mix, with the two teams trading sets for most of the 20-minutes, resulting in no further score changes.

The final quarter saw the Titans begin strongly, with Nathan Davis finding some space and crashing over on the left edge.

In the final minute, Eddy Pettybourne made a huge line break, scoring after the buzzer to put the Titans just two points behind, with the Davis conversion sealing the game as a tie. 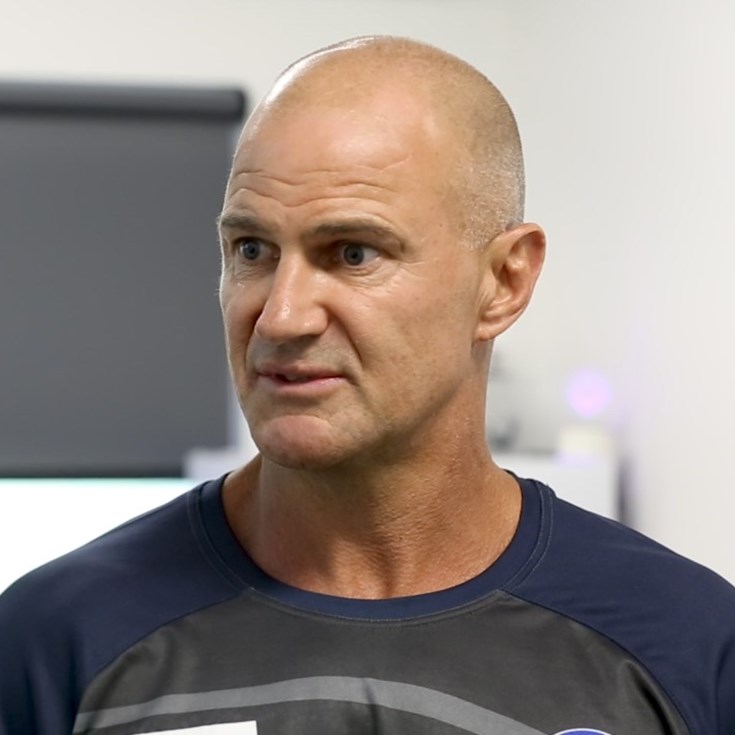