The Wentworthville Magpies have defeated the Penrith Panthers 22-20 with an after-the-buzzer penalty goal at Pepper Stadium on Saturday night in their final NSW Cup trial match of the 2016 pre-season.

The opening forty minutes saw the Magpies’ starting side slowly find their feet, with the Panthers taking control early to earn field position. Halfback Sam Clune took advantage of a penalty, chipped to the left in the 6th minute for Malakai Watene-Zelezniak to ground the ball and open the scoring.

Penrith winger Josh Hall showed his AFL credentials with a soaring vertical leap to grab a Sam Elwin bomb and score in the corner in the 19th minute to take the Panthers to a 10-0 lead.

Eels’ forward Cody Nelson took his moment in the 24th to make a break down the right edge, drawing in his marker and slotting an inside ball to Bevan French, who raced away to score under the posts.

After a strong showing in the 2016 NRL Downer Auckland Nines, centre Vai Toutai and winger Bureta Faraimo combined again on the right edge in the 30th minute, as Faraimo scooped up a loose ball, juggled and passed to Toutai to score.

Mitch Cornish and Cameron King extended the Wenty lead as Cornish offloaded from low in the tackle for King to slip through from less than five metres out and score under the posts.

After the break, the visitors tested the Panthers tryline with no luck as Rory O’Brien was ruled held up under the goalposts, and the Panthers batted Wenty’s attacking kicks dead.

It was Bevan French who found the overlap, as he sent the ball through the hands to new recruit Honeti Tuha who sailed over in the corner to ground the ball.

The Panthers answered back as Hall sped down the sideline for his second try of the day, but conditions conspired against adding the extras, with conversions hard to come by in the strong winds at the foot of the mountains.

The home side were dogged in attack, coming close to the tryline consistently through the dying stages of the game, but batted back by the Magpies defensive line. At last Tyrone May broke through, with Zach Dockar-Clay converting to take the score to 20-20 with less than five minutes on the clock.

With 60 seconds on the clock, halfback Luke Kelly chipped and chased, and was taken out of play to earn a penalty for Wentworthville. Dylan Izzard opted to take the penalty goal, nailing the kick to post a 22-20 win for the Magpies. 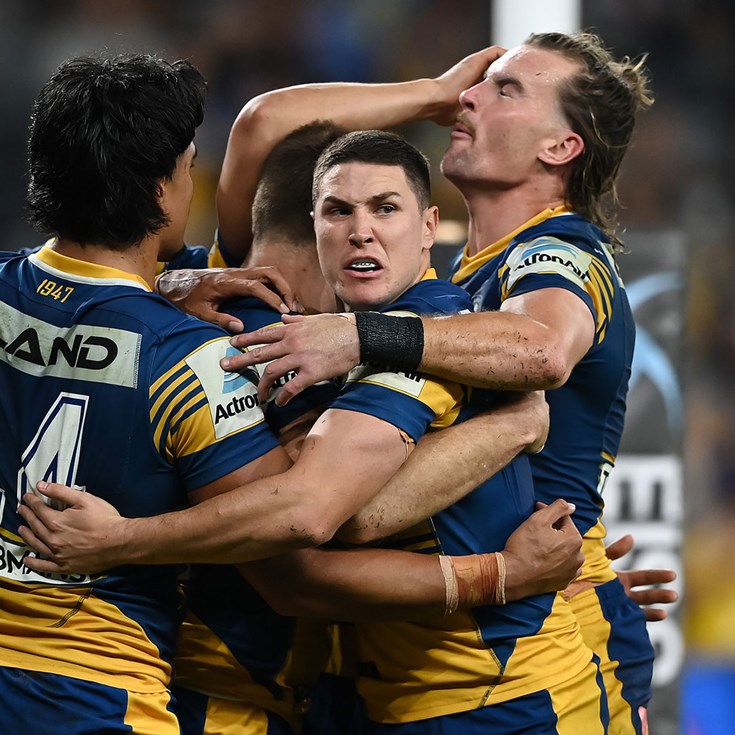 Brown with the cherry on top