The Dyldam Parramatta Eels Junior Representative sides have come away with one victory and one loss during their Round Two games over the weekend against the Balmain Tigers at Leichardt Oval.

The Parramatta Eels Harold Matthews side played out a last minute thriller, defeating the Balmain Tigers on the last play of the game, stealing a late 22-18 victory.

In an even first half affair, entering the half time sheds at 6-6, the second half saw a back and forth contest between the two sides.

The final 20 minutes saw the lead change three times and looked to be resulting in a draw when the Tigers levelled the scored via a penalty goal with two minutes remaining on the clock, however the Blue and Gold chanced their arm to score in the corner on the last play of the game. 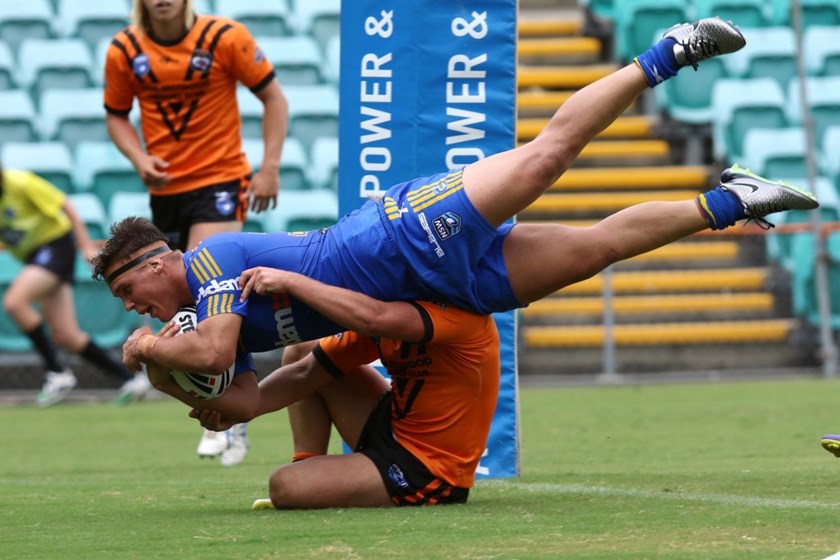 An almost reverse of the earlier clash, with the Blue and Gold SG Ball side going down to the Tigers, with another late try to secure the win to the home side.

After conceding the first try of the game, the Eels fought back scoring three of their own tries in the opening half to enter the sheds with an 18-6 lead.

Another try early in the second half saw the Blue and Gold extend their lead to 18 points, however a shift in momentum saw the Tigers finish the game with the wind in their sails.

Three consecutive tries saw the Tigers come within two points with 7 minutes on the clock, and off the back of some solid defence including a try saver, the Tigers spread the ball right to score in the corner with two minutes remaining.

The Dyldam Parramatta Eels Junior Representative sides will take WSAS this weekend at New Era Stadium, Cabramatta for their Round 3 clash (Saturday 27 February).