The Dyldam Parramatta Eels Junior Representative sides have come away with a massive victory, and a tightly contested draw, against the Canterbury Bankstown Bulldogs in Round Nine of their respective competitions at New Era Stadium, Cabramatta on Saturday 9 April.

Both Blue and Gold sides have progressed through to the Quarter Finals to be played this weekend, full details below.

The Blue and Gold Harold Matthews side continued their undefeated run in 2016, notching up their eighth win in eight rounds.

A massive 62-0 victory over Canterbury Bankstown Bulldogs securing their place as the minor premiers.

William Kei crossed for three tries in the convincing victory, bringing his season tally to 19 four pointers after nine rounds. 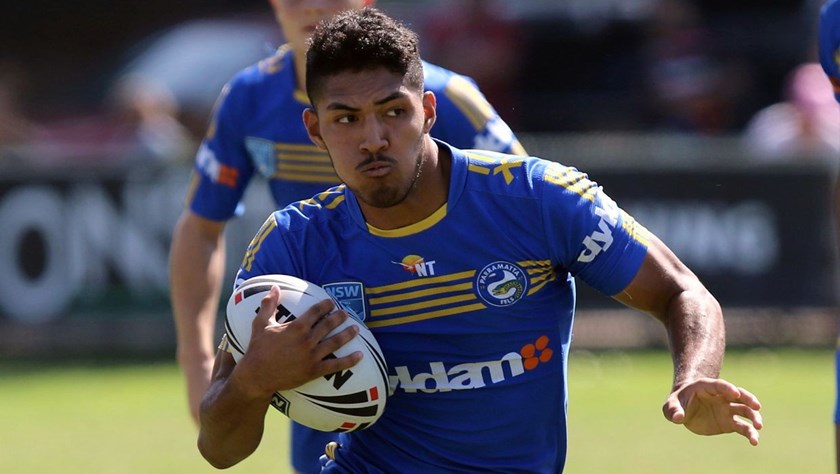 The Blue and Gold SG Ball side played out a 22-22 draw against the Canterbury Bulldogs.

The Eels entered the half time sheds after scoring two converted tries, however a second half comeback from the Bulldogs saw the scores level at full time.

The draw sees the Eels finish 5th on the table after nine rounds, with six wins two losses and one draw.

The Parramatta Eels Harold Matthews side play the fourth placed Manly Sea Eagles on Saturday 16 April at Campbelltown Sports Stadium. Kick off at 10am.

The Parramatta Eels SG Ball side play the eighth places Sydney Roosters on Saturday 16 April at Campbelltown Sports Stadium. Kick off at 11:30am.