It was an afternoon to remember for the Wests Tigers, as they put their stamp on the Intrust Super Premiership NSW competition with a convincing upset over the Wentworthville Magpies.

The Tigers left side completely tore the Magpies apart, with their centre-wing combination amassing five tries between them in the 40-14 showing.

Josh Addo-Carr scored a hat-trick in his return match from the NRL, while his centre Michael Chee Kam bagged a double himself with some brilliant service all afternoon by the in-form halfback Josh Drinkwater.

The victory is the Wests Tigers third for the season; while this was only the second time the Magpies have tasted defeat in 2016.

The Magpies coughed up possession around the halfway line in the early stages of the match, and the Tigers immediately capitalised on the field position with a Chee Kam try.

A penalty off the ensuing set followed by an error coming out of trouble let the Wests Tigers on the attack again on numerous occasions, and Drinkwater took advantage of the situation by putting in a nice cross-field kick behind the defence, only for Addo-Carr to reel it in with one hand and plant the ball down.

Drinkwater went incredibly close soon after with a show-and-go that almost broke the Magpies defence, before a couple of centimetres were the difference between a Manaia Cherrington try and a double movement on the next play.

The Tigers were at it again the next time they were on the attack, as Drinkwater threw a wonderful ball to put Chee Kam on the outside of his opposition defender, which created an over for Addo-Carr to bag his second try and increase their lead to 16-0.

Tries began to become clockwork for the Tigers, as in the 28th minute, Cherrington put in a neat grubber from dummy-half for Drinkwater to win the race to the ball, plant the ball down and increase the margin to 22.

In the 32nd minute, Addo-Carr recorded his hat-trick when he showed blistering speed and agility to grasp a Drinkwater cross-field chip on the run, evade the defence and get to the line.

The Magpies finally got on the board with five minutes remaining in the opening half thanks to Scott Schulte, who ran a perfect line onto a brilliant Mitch Cornish face-ball.

A freakish accident occurred off the kick-off set. Mitch Cornish sold a dummy on his inside to a charging Kaysa Pritchard, only for them to collide into each other’s legs, which caused a minor delay in the match shortly before the half-time break.

11 minutes into the second half, it looked like Bureta Faraimo had scored the Magpies second try, only to be stopped by some Matthew Eisenhuth cover defence that was nothing short of outstanding.

His good work was undone moments later, however, as the Tigers almost immediately coughed up possession and Honeti Tuha crossed in the opposite corner to reduce to deficit to 28-8.

Schulte scored the Magpies third consecutive try with a long-range effort off a scrum, and suddenly the momentum began to swing the way of the home side despite still trailing by 14.

The Tigers had not scored for a while, so they decided to revert to what worked for them so well in the first half. Josh Drinkwater put in another cross-field chip for Addo-Carr, who over-head threw the ball to Chee Kam for his second try of the afternoon.

To put the nail in the coffin in the dying stages of the match, Asipeli Fine crashed over after some nice lead-up play by Drinkwater, before a consolation try against the run of play to James Hasson made the final score 40-18.

This article originally appeared on NRL.com.au 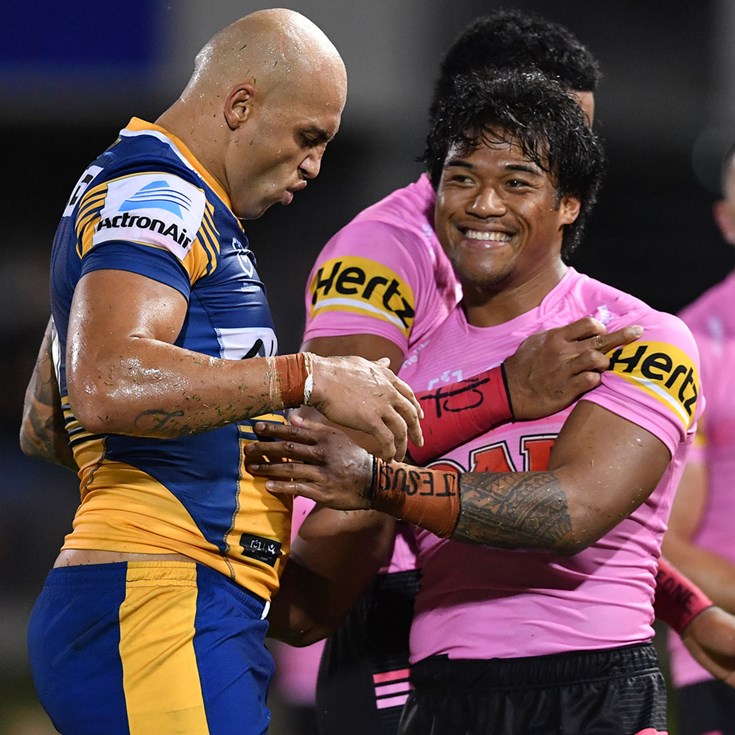