Dyldam Parramatta Eels outside back Brad Takairangi says his move into the halves was made easy by the rest of the side, following the Blue and Gold’s 20-12 win over the Bulldogs at ANZ Stadium.

Takairangi stepped into five-eighth in a team switch-up in the absence of Kieran Foran, and had a starring role in the win.

“It was really good, the boys made my job really easy; everyone listens and just does their job and that’s the good thing about our team,” he said.

Takairangi scored the Eels’ first try off an incredible offload from Beau Scott, crashing over near the posts.

“I actually missed one the set before off Timmy, so I got a bit of a boot up the arse and then followed Beau and got a lucky offload,” he laughed.

Watch the highlights from the gutsy win here!

Setting up a try for Vai Toutai off a cross-field kick which changed the game’s momentum, Takairangi says he was just doing his role.

“At the time I didn’t really feel [the momentum changing] to be honest]; we just had to hold the ball down and attack their line and we dropped it a bit too many times and gave them a look-in but we got there in the end,” he said,

With the interchange bench dropping to just one players at one stage of the game, Takairangi praised the effort and persistence in holding out the game.

“That’s huge, losing Timmy, and then Wicksy went off too, and the boys did an outstanding job,”

“I put it down to our pre-season and the hard work we did then, it’s starting to show.” 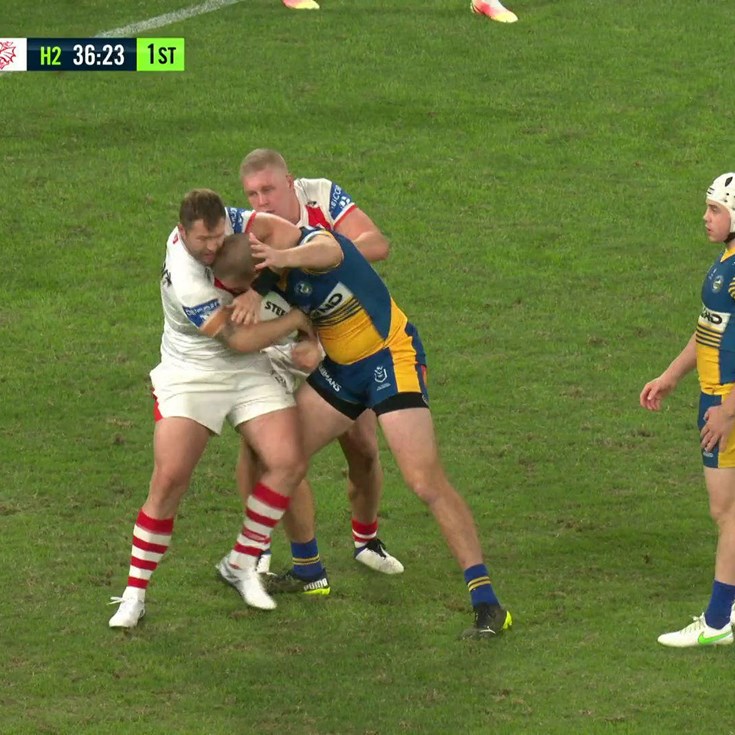