Dyldam Parramatta Eels Head Coach Brad Arthur has stressed there is still plenty to play for this weekend, when the Blue and Gold take on the in-form Canberra Raiders side at GIO Stadium for Round 24 of the NRL Telstra Premiership.

After setting specific team standards throughout the year, Arthur wants his side to remain competitive in the final few weeks of the competition, saying the tough games will bring out the best in his men.

“There is plenty to play for. You train hard all pre-season and all year and nobody goes out there to try and lose,” Arthur said.

“Our boys have been very good at making sure they play for each other and that will be no different over the next few weeks.”

The challenge this week comes in the form of the Raiders, who are coming off victories against the Cronulla Sharks and Melbourne Storm in the past fortnight.

Arthur says it will be a real test for the Blue and Gold.

“Their performance the other night against Melbourne was probably the best team performance I’ve seen from anyone this year,” Arthur said of the opposition.

“They put a lot of energy into that game, their try line defence was very strong and committed.”

“They have been building, and have a good, well balanced roster and when you are putting teams together it takes a little bit of time to find momentum and cohesion and they are finding theirs at the right end of the season,” Arthur added.

“They are getting better every week, their belief is growing, combinations are getting stronger so it will be a real tough ask for us.”

Despite the Raiders without their dangerous hooker Josh Hodgson who misses the match through suspension, Arthur knows the Green Machine still have plenty of dangers.

“I don’t think with their roster that they have, they have built their performances around on specific player,” Arthur said.

“It would have been ideal for Canberra to have him in their team but I don’t think it will matter too much the way they play.”

“Baptiste will come in and he plays nice and fast out of dummy half as well so I don’t think it will affect them that much.”

And for the Eels, winger Semi Radradra returns to the side, eager to get back out on the field and do what he can to help his teammates.

“It is good for us to have him back but it is better for Semi,” Arthur said.

“He has been out for a while and he just wants to get back out on the field and do what he can for his teammates and help us try and get a win.”

The Eels kick off against the Canberra Raiders at GIO Stadium on Sunday 21 August, kick off at 2pm. 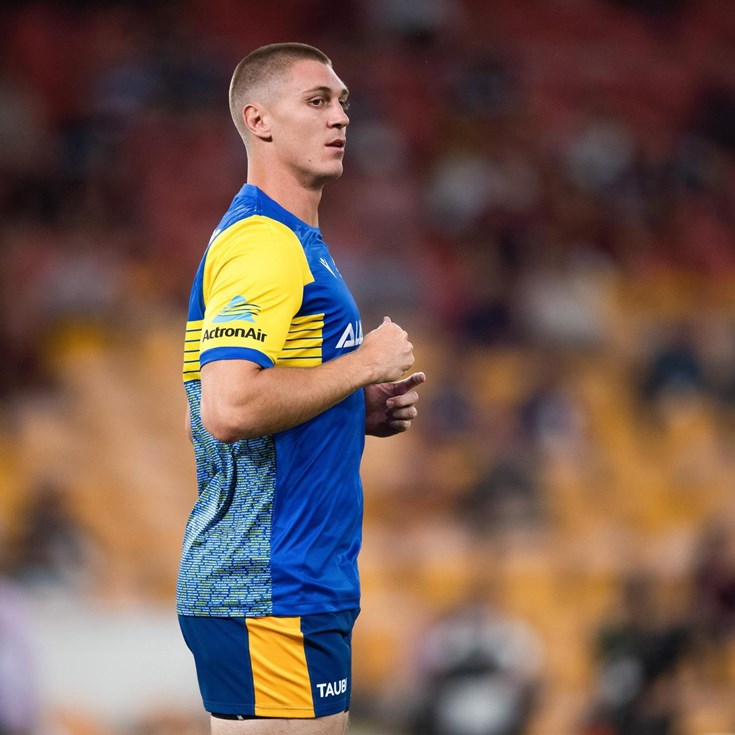 Presented By Clubs NSW 40 mins ago

Presented By My Sports Tape 18 hours ago