The Dyldam Parramatta Eels take on the New Zealand Warriors at Mt. Smart Stadium this Sunday 4 September for Round 26 of the NRL Telstra Premiership, the final game of the 2016 season for the Blue and Gold.

For the final clash, Blue and Gold Head Coach Brad Arthur has made one change to his side that came away with a 30-18 victory over the St. George Illawarra Dragons in Round 25, with forward David Gower added to an extended bench.

For the home side, Head Coach Andrew McFadden has made several changes to his Warriors side that suffered a 36-24 loss to the Wests Tigers in Round 25, with Manu Vatuvei (injury) and Solomone Kata (suspension) ruled out of the clash. Jonathan Wright and Ken Maumalo have been named in their place.

Tuimoala Lolohea will shift from wing to fullback, with David Fusitu'a named to play centre in a re-shuffled backline. James Gavet is replaced by rookie Bunty Afoa on the interchange.

The history between the two sides leans in the Blue and Gold favour, with the Eels claiming 19 victories over 35 clashes. However at Mt Smart Stadium, the Eels have just five victories from 16 attempts and have not won in Auckland since 2008.

In the last time these two sides met, the Warriors came away with a thrilling 17-13 victory in golden point in Round 10, 2015 at Pirtek Stadium.

Sunday will be Thomas Leuluai's last game for the Warriors before heading over to Wigan, while the Eels will bid farewell to Roosters-bound winger Michael Gordon.

The History: Played 35; Warriors 16, Eels 19. The Warriors have won the last three head-to-head clashes, including a golden point thriller in Round 10, 2015 at Pirtek Stadium when the two sides last met. The Blue and Gold have won only once in Auckland since 2008. 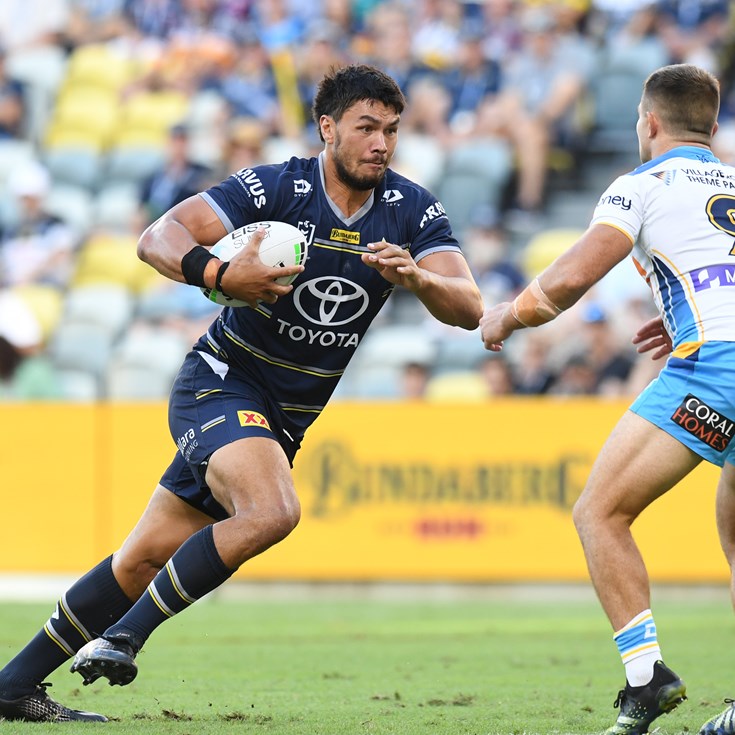 Moses talks about return from injury