The Parramatta National Rugby League Club have today announced the appointment of Beau Scott and Tim Mannah as co-captains for the 2017 Season. For the first time, the Club has also appointed an eight-man leadership group which will play a pivotal role in driving high standards and developing a strong culture both on and off the field in 2017.

Parramatta Eels Head Coach Brad Arthur said that Beau and Tim were standout leaders for the captaincy but it was a key focus for team to develop its overall leadership capabilities for 2017 and beyond.

“Beau and Tim are admired and respected by their teammates and coaches alike and I look forward to working closely with them over the course of the season." said Head Coach Brad Arthur.

“In 2017, we want to build the leadership capability amongst our team so I am pleased that we have appointed a leadership group with an energetic mix of respected senior players and emerging leaders, all with their part to play in our Club’s development.”

Eels co-captain Tim Mannah said he was looking forward to leading the team alongside Beau in 2017 and he was equally pleased to be part of the inaugural Eels Leadership Group.

“It’s an honour to be appointed alongside Beau to lead the Club in 2017 and I am looking forward to the challenge that Beau, myself and the leadership group have in maintaining and driving the elite standards of this Club." Tim Mannah said.

“We have a responsibility to set a healthy example to the playing group on what we stand for as a team and as a Club.”

Corey Norman and Michael Jennings both welcomed the opportunity to be part of this new initiative for the team in 2017.

"I am proud to be a part of the leadership group in 2017. As a group we want to drive the standards and behaviours that will make our team successful in 2017,” Corey Norman said.

“I am excited and honoured to be part of the leadership group in 2017. It’s an important new initiative for the team but also me personally in my development as a player at our Club,” Michael Jennings said.

Parramatta Eels Chief Executive Officer, Bernie Gurr, said that the Club was focused on building a first class, successful sporting organisation that will be driven by strong leadership both on and off the field.

“As we continue to transform our football Club, we want to ensure that all our decisions and behaviours are consistent with our core values of integrity, respect and excellence. That’s where the leaders of our Club play a vital role in ensuring that we place these words into tangible actions across everything we do." said Eels CEO Bernie Gurr.

“Beau and Tim have demonstrated throughout their careers a commitment to leading from the front and representing their Club with distinction. It is an enormous positive for our Club that we have both of them lead the Parramatta Eels in 2017.

“I am also pleased that our players and coaching staff had input into our inaugural NRL Parramatta Eels Leadership Group. Successful sporting organisations typically possess strong leadership from the senior players, who support head coach, Brad Arthur, in enforcing the high standards and culture required for sustainable success."

“It’s a positive development for our Club and vital in ensuring that we build a Club of which our members, fans and commercial partners can be proud.” 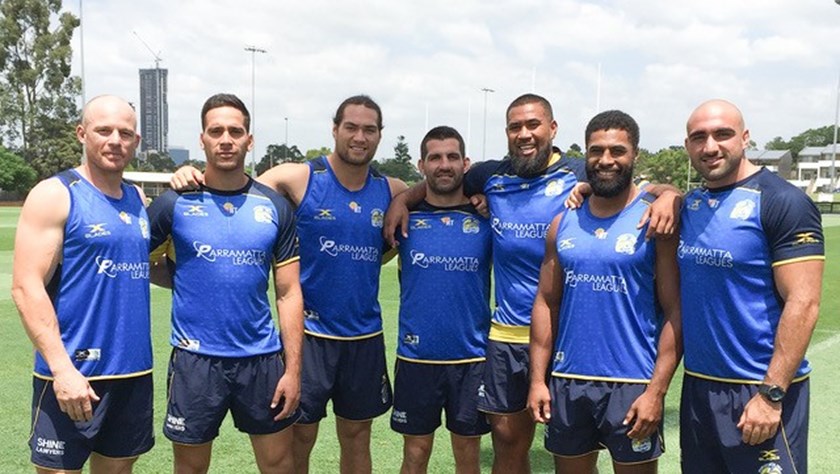 Presented by
2 hours ago