Parramatta Eels half Troy Dargan has had a big few weeks, feeling thankful to be given the call up to the Eels squad against the Gold Coast Titans last week in the Blue & Gold pre-season trial in Alice Springs, and now being named in the halves to take on the Penrith Panthers at Pepper Stadium in he Eels final pre-season trial on Saturday 18 February.

The 19 year old was left nearly speechless when asked of his experience to play alongside the Eels NRL squad.

“I said to myself before I went out there, I just wanted to play some footy and enjoy it. First game of the year and I think that’s what I did,” Dargan said.

“Brad and the staff set me a few goals throughout the week and I really worked hard at them, but most importantly I came out and just really wanted to enjoy it.”

“The team and the staff made my job very easy and I am very thankful to be able to have done a pre-season with the top squad and then being able to take the field alongside them.” Dargan added.

“We worked hard the entire pre-season and I was just so excited and thankful to be able to go out there.”

The young playmaker is still eligible to play in the Eels Holden Cup side in 2017, and his experience alongside the NRL squad will give Dargan plenty of positives for the future.

“We worked really hard throughout the week in the lead up and I am very thankful for the opportunity. It was good to get out there and finally start playing some football again,” Dargan said.

“Even though we didn’t get the win, I was able to take away a lot of positives.”

“First things first, I just have to go out there and enjoy my footy again. Obviously, it would be great to be able to get a NRL debut but more importantly, I just want to go out there, work on my game and just enjoy footy.”

“I am really excited and really looking forward to the year ahead.”

The Eels take on the Penrith Panthers at Pepper Stadium on Saturday 18 February. Click through to see the Eels line up for the clash! 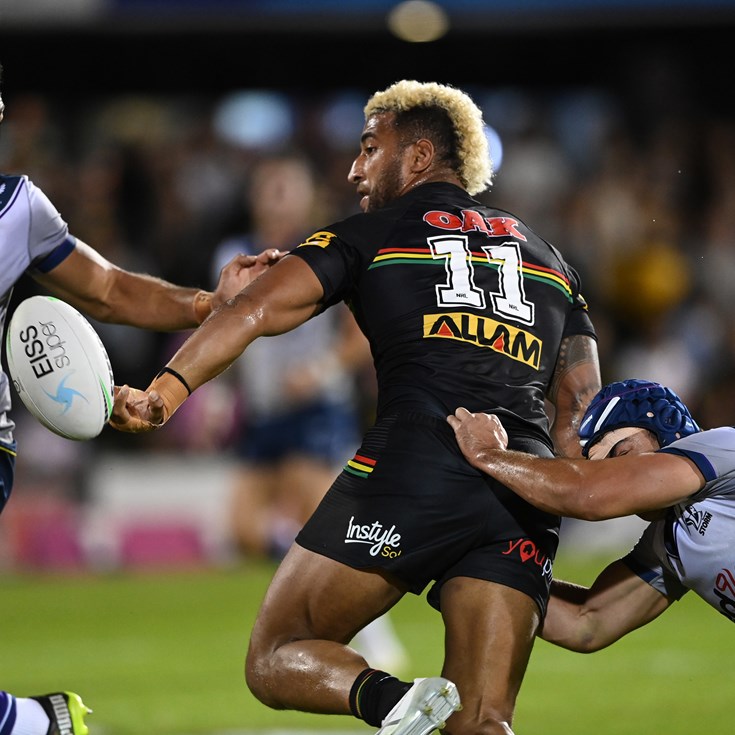