Blue and Gold forward Suaia Matagi says that now the pre-season is done and dusted, he can’t wait to pull on the boots in Round One and take what he has learnt so far onto the field.

Speaking in the lead up to the Eels Round One clash against the Manly-Warringah Sea Eagles at Lottoland on Sunday 5 March, Matagi says it’s an exciting time of year.

“It’s definitely exciting and I’m looking forward to Round One.” Matagi said.

“It’s been a long and tough preseason with the boys, and we will be taking a lot of confidence from our trial matches and ready to take that along into Manly.”

“It is definitely going to be a tough game, especially at Manly. They are strong all across the field so we have to make sure we do well, focus on us and hopefully go from there.” He added.

The new recruit was a stand out in the Eels trial game against Penrith Panthers, his former side, which backed up from his Auckland Nines performance which earnt him honours in the Team of the Tournament.

“There was still a lot to improve on!” Matagi said of his recent form in the Nines and trial games.

“Now it’s the real thing going into Round One.”

“It was tough going up against your old teammates, but I had to block that out and just focus on what our game plan was, and what will help us going through the season.“

“I find BA a really good coach and someone I have learnt a lot from already.” He added.

“I’m looking forward to continuing to build and taking it onto the field now.”

Matagi is just one of a handful of new recruits to the Blue & Gold forward pack in 2017.

Lining up along side former teammate Manu Ma’u, and fellow new recruits Nathan Brown and Frank Pritchard will be exciting for Matagi, but he is most excited about running out in Round One alongside co-captain and fellow prop Tim Mannah.

“I have learnt a lot from all the forwards, they all offer something different.” Matagi said.

“The one stand out however is big Timmy Mannah. I have been following him, he is an awesome leader and that’s somebody I want to base my game around.”

“It will be excited to see big Franky coming off the back fence! Plus Browny, with his skills, it’s pretty exciting” Matagi added.

“I am still buzzing now that I am here and we [Manu Ma’u and I] get to play again. It has been 5-6 years ago when we played for New Zealand, so to come back together at the same club, and start in Round One is really exciting.”

“If we [the forwards] can all come together as a team, we will come good.“

The Eels kick off their 2017 NRL Telstra Premiership campaign against the Sea Eagles at Lottoland this Sunday (5 March) afternoon. Kick off at 4pm. 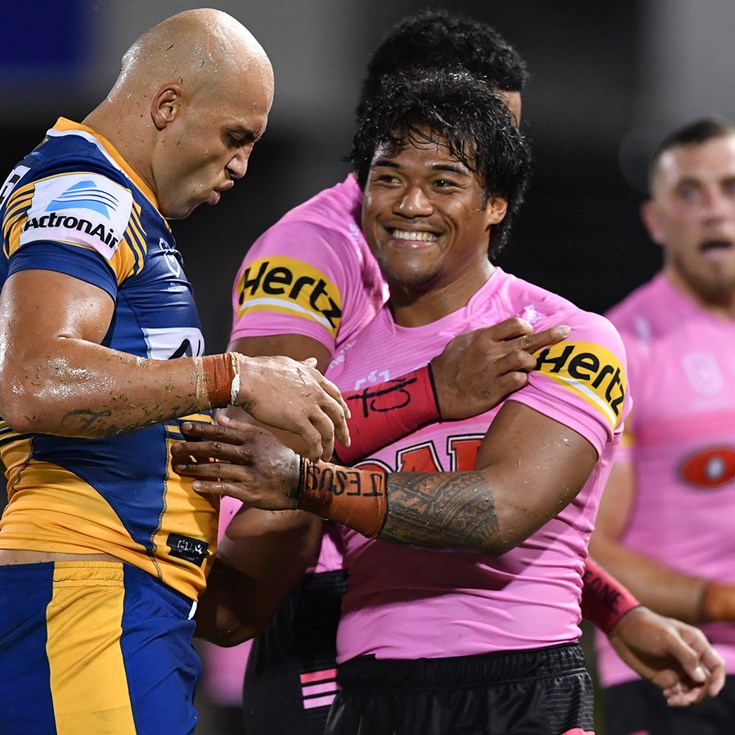