The Parramatta Eels Junior Representative Harold Matthews and SG Ball sides, along with the Tarsha Gale Nines sides have come away with victories over the Canberra Raiders on Saturday 4 March, in Round Four of their respective competitions.

See the results from their clashes below.

The Eels SG Ball side were looking to bounce back from their defeat to the Illawarra Stellers last week, and did so in convincing fashion.

A dominant performance from the entire Blue & Gold squad saw the side come away with a 40 point victory over the Raiders, which included 10 tries to the home side. 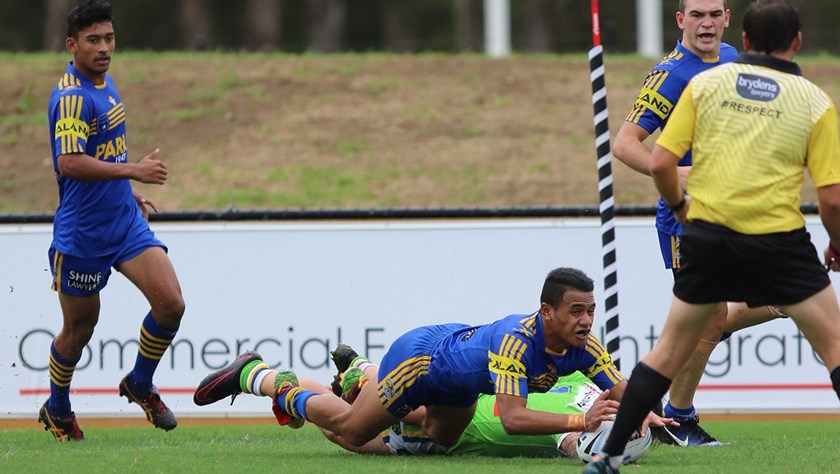 Like the SG Ball side, the Blue & Gold Harold Matthews line up were looking to rebound from last week’s defeat.

A solid performance from the young Eels saw five tries evenly spread across the side with Viliami Penisini, Christian Wihongi, Jandamurra Stewart, Bailey Biondi-Odo and Tevita Masima crossing for tries.

The Eels securing a two point victory, and their second win of the season. The Parramatta Eels Tarsha Gale Nines side have notched up their second win of the season, now claiming two wins from two games, defeating the Raiders in a tightly contested affair.

A back and forth contest, with four tries a piece, saw the Eels come away two point victors.

The Raiders crossed for three tries in the final nine minutes of the game which set up for a grandstand finish, but Brittany Starr’s goal for the Eels third try provide crucial in securing the win.

The Parramatta Eels take on Balmain at New Era Stadium, Cabramatta on Saturday 11 March for Round Five of the competition.