The Parramatta Eels Junior Representative SG Ball and Harold Matthews sides have come away with victories over the Balmain Tigers in Round 5 of their respective competitions, whilst the Eels Tarsha Gale Nines side has gone down to the Penrith Panthers.

The Parramatta Eels Harold Matthews side have backed up their 26-6 victory in Round Four, with a convincing victory over the Balmain Tigers in Round Five.

The Eels ran away with the 24 point victory, claiming nine tries as Penioni Tohi crossed for three four pointers, whilst Villiami Penisini crossed for two. The Parramatta Eels have come away with a 22-20 victory over the Balmain Tigers in Round Five if the Junior Representative competition, their third win of the season.

In a closely contested affair, that saw four tries to each side, the boot of Kyle Schneider proved the difference as the half kicked three from four conversions to give the Eels a two point victory. 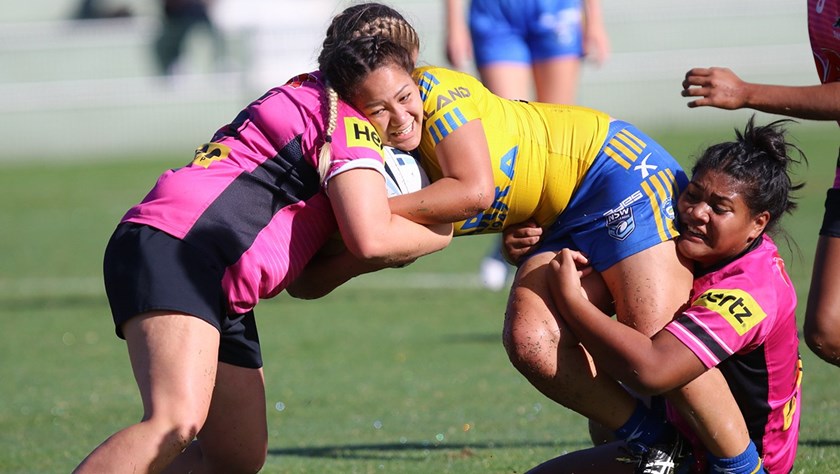 The Parramatta Eels Tarsha Gale side has suffered a six point defeat to their western rivals, the Penrith Panthers in Round Five of the competition.

A tough fought game that saw the lead change several times in the clash, and it was a converted try to the Panthers in the final few minutes of the match that secured the victory to the away side.

The Parramatta Eels Tasrha Gale side takes on the Wests Tigers at Leichardt Oval at 1pm on Saturday 18 March.