The Parramatta Eels Junior Representative Harold Matthews, SG Ball and the Tarsha Gale Nines sides have come away with victories in Round 6 of their respective competitions.

The Blue & Gold Harold Matthews side has come away with their third consecutive victory, coming away with a 34-12 defeat over the North Sydney Bears at TG Milner Field on Sunday 19 March.

The Eels came away six to two try victors, with the four pointers split evenly across the side. 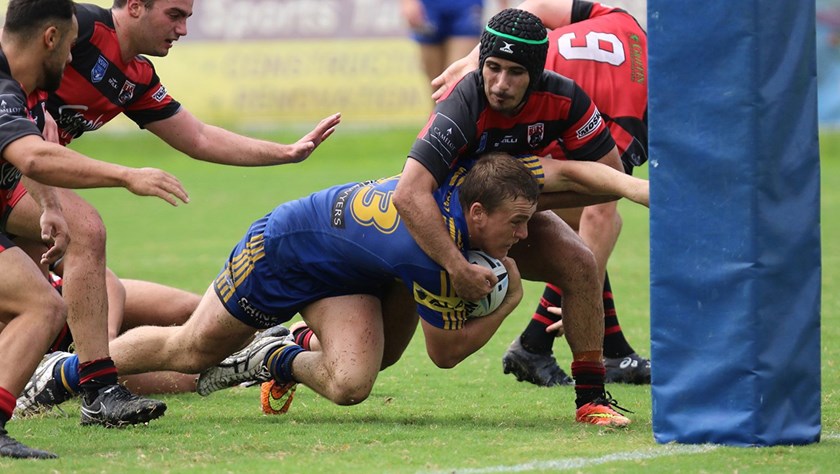 The Blue & Gold SG Ball side has come away with their third consecutive victory with a convincing 48-0 defeat over the North Sydney Bears at TG Milner Field on Sunday 19 March.

A tough performance that kept their opposition to nil, with nine tries scored by the Eels, including two tries each to Kyle Cassel, Haze Dunster and Alex Seve. The Blue & Gold Tarsha Gale Nines side has come away with a convincing 24-6 victory over the Wests Tigers in Round 6 at Leichardt Oval on Saturday 18 March.

Three tries to Brodie Dillon, two tries to Denise Finua and one a piece to Brittany Starr and Ngalika Barker saw the Eels come away with a seven tries to one win.

In Round Seven, the Parramatta Eels Harold Matthews side will take on the Cronulla Sharks at Southern Cross Stadium on Saturday 25 March, kick off at 12:45pm.

The Tarsha Gale Nines side will take on the Sydney Indigenous Academy at New Era Stadium, Cabramatta, kick off at 11:30am.

The SG Ball side has a bye.