The Parramatta Eels have suffered a 22-10 defeat to the New Zealand Warriors at Mt Smart Stadium in Round Six of the NRL Tesltra Premership.

Arthur made a handful of late changes to the clash, with Brad Takairangi named in the halves alongside Corey Norman, shifting Clint Gutherson to fullback and Josh Hoffman to the wing, whilst named Club debutant Kirisome Auva’a at right centre.

Frank Pritchard and Nathan Brown were called into the starting side, as Tepai Moeroa and Beau Scott moved to the bench.

The Eels looked dangerous early, with Manu Ma’u putting Michael Jennings through a gaping hole in the Warriors right defence with the Blue & Gold’s first possession.

The centre streaked down field before being pulled down by the fullback 10m out from their line, and whilst it didn’t lead to the first points of the game, the Eels continued to look dangerous on their next few raids down the Warriors end.

The Eels were unable to cross with the Warriors defence holding strong, and the next 15 minute stanza saw some end to end football with both sides prepared to throw the ball around in search for points.

It took a strong charge from Brown, who was rewarded with his recent form by a position in the starting side, to open the scoring in the 20th minute of the clash. The forward received the ball from new half Takairangi 10m out, and as he swerved his way back towards the posts, he charged through a hole in the line to plant the ball under the posts for a converted try.

However the Eels lead was short lived, with the Warriors striking back with a succession of tries. Warriors forward Bodene Thompson found his way to a Shaun Johnson grubber close to the line, planting it to level the score.

The try buoyed the home side and as they made their way down field, a quick play the ball from James Gavet saw Kieran Foran holding up the ball before throwing a cut out pass to Simon Mannering, hitting a hole and making his over the line for the home side’s second try of the afternoon.

Some quick hands minutes later from the Warriors backline gifted Thompson his second of the afternoon, crossing in the 35th minute, for the home side’s third try in ten minutes. Fullback Roger Tuivasa-Sheck danced his way to the line before throwing a cut out ball to Blake Ayshford who quickly offloaded back on the inside as Thompson dove over the line, extending the Warriors lead 16-6.

The half-time siren rang shortly after, with the Eels heading to the sheds trailing by ten.

It took some strong defence from the Eels, early in the second half, to provide them the first opportunity to score. With a kick to the corner, Gutherson led the charge holding Tuivasa-Sheck up and dragging the fullback over the side line.

As the Eels went on the attack, Michael Jennings drifted across field from left to right, finding Takairangi who skipped to the outside before throwing a looping pass over the top for Josh Hoffman to score in the corner.

The Eels looked to be over again minutes later, when Takairangi linked up with Norman, but an obstruction in the lead up saw the bunker rule a no try.

However the Eels remained on the attack and looked to be over in the 53rd minute through winger Semi Radradra. Hooker Kaysa Pritchard had the Warriors forwards clutching at thin air, and as the ball spread out wide, Radradra dived for the try line. The try was sent upstairs and some desperate defence from Tuivasa-Sheck led to the bunker ruling a no try.

However whilst the Eels looked threatening, it was the Warriors who put the next points on the board. Foran made his way down the short side, slicing through the defence and offloading to winger Ken Maumalo who finished off the 40m try in the 63rd minute.

Johnson knocking over the conversion to the left of the posts, extending their lead to two converted tries.

The Eels continued to search for points in the final quarter of the match, but the Blue & Gold were unable to add any further points as the Warriors secured a 22-10 victory at home. 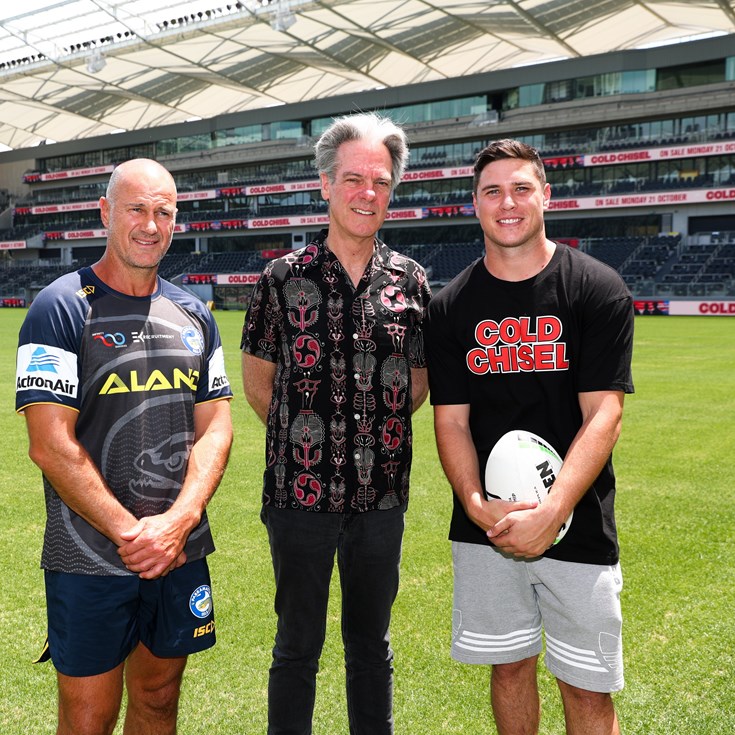 RCG on rewarding visit to RMH

How the Perth NRL Nines will work