Watch the Parramatta Eels celebrate in the sheds after their 26-6 victory over the North Queensland Cowboys at 1300SMILES Stadium tonight in Round Nine of the NRL Telstra Premiership.

Watch the Match Highlights from the clash

Read how the clash unfolded

Punch the sky with bloody fists

And bash against the wall

We bleed for one another and the story must be told

You know we came to fight

Our brotherhood is tight

When you wake up wounded just remember how it feels

To try to go toe to toe with the Parramatta Eels! 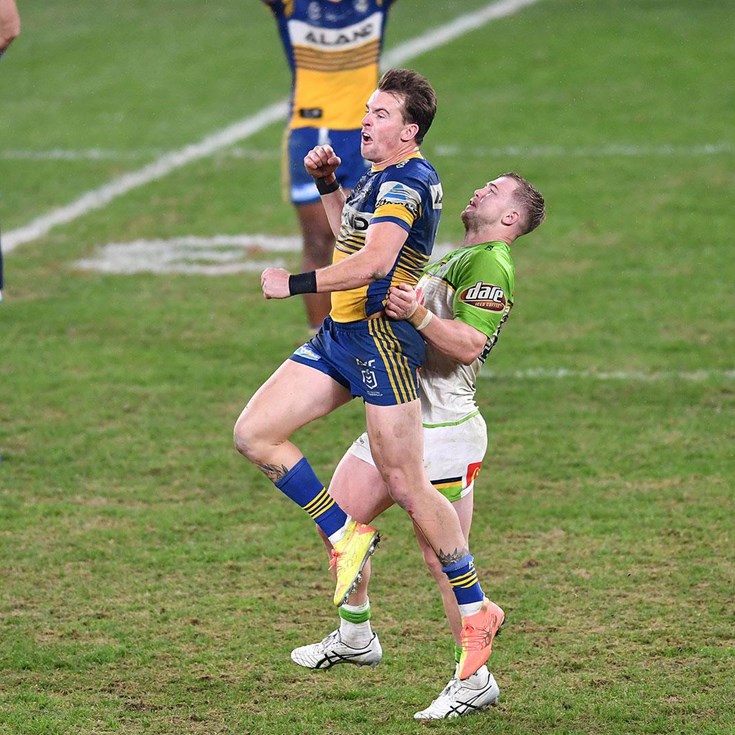 Presented By Telstra 4 hours ago

Parramatta Eels: 2020 season by the numbers