The Parramatta Eels SG Ball side have come away victorious in Week Three of the Finals to progress through to the Grand Final whilst the Harold Matthews have been eliminated after suffering a four-point defeat.

The Parramatta Eels SG Ball side have come away victorious in Week Three of the Finals defeating the Sydney Roosters 32-12 at UOW Jubilee Oval on Saturday 29 April.

The twenty point victory, which saw tries to Noel Aukafolau (2), Uikilifi Lea’aetoa, Joseph Taipari and Dylan Brown, sees the Blue & Gold SG Ball side progress through to the Grand Final.

The Eels will face the Cronulla Sharks at Leichhardt Oval, Saturday 6 May in the 2017 SG Ball Cup Grand Final. Kick off at 2pm.

Good luck to the Eels side! 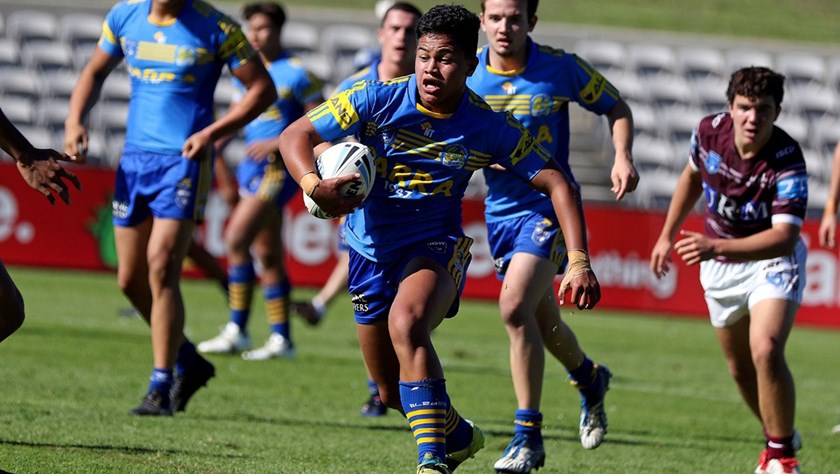 The Eels Harold Matthews side suffered a nailbiting 24-30 defeat to the Manly Sea Eagles in Week Three of the Finals at UOW Jubilee Oval on Saturday 29 April.

Tries to Tevita Masima (2), Campbell Byrd, Samuel Hughes and David Hollis was not enough in the Blue & Gold comeback, suffering a 5 tries to six defeat, ending their 2017 campaign.