Parramatta Eels Head Coach Brad Arthur has spoken to the media this morning ahead of the Round 10 clash against the Sydney Roosters at Allianz Stadium on Sunday 14 May.

Hear what the Head Coach had to say about the break over Representative Round, heading into the Roosters clash, their dangers, who the Blue & Gold will target and Bevan French and his potential return from injury.

"Going into a Sunday game, we were able to give them four days off. We had a tough period of three games in twelve days and we managed to scrounge together a couple of wins there, so the boys have enjoyed the break and come back with energy this week," Arthur said.

"We had a rough period of a couple of games where we couldn't get a win but we were in those games with 15 mins to go and just couldnt get across the line. We have worked hard the last couple of weeks, get a couple of wins together and have a bit of confidence now but we have a big test ahead of us tomorrow."

"We have developed a style of footy that we like to play, and we went away from that for a couple of weeks and it didn't work for us, but we have been getting back to that and we know what works for us," Arthur added.

"We are coming up against a very good team, that are probably going to be in the Top Four at the end of the year and fighting out for a Premiership so we are going to be tested."

"We don't have any specific targets but we will have to be very good physically because they really get stuck into you. I have challenged the boys physically, but the completions, run hard and making your tackles is really important for us." Arthur added about the opposition.

"Their squad hasn't changed too much, it just didn't work for them last year, but you can't keep the good teams down for too long."

The Eels kick off against the Roosters at Allianz Stadium on Sunday 14 May at 4pm. The NRL celebrates Indigenous Round this weekend. 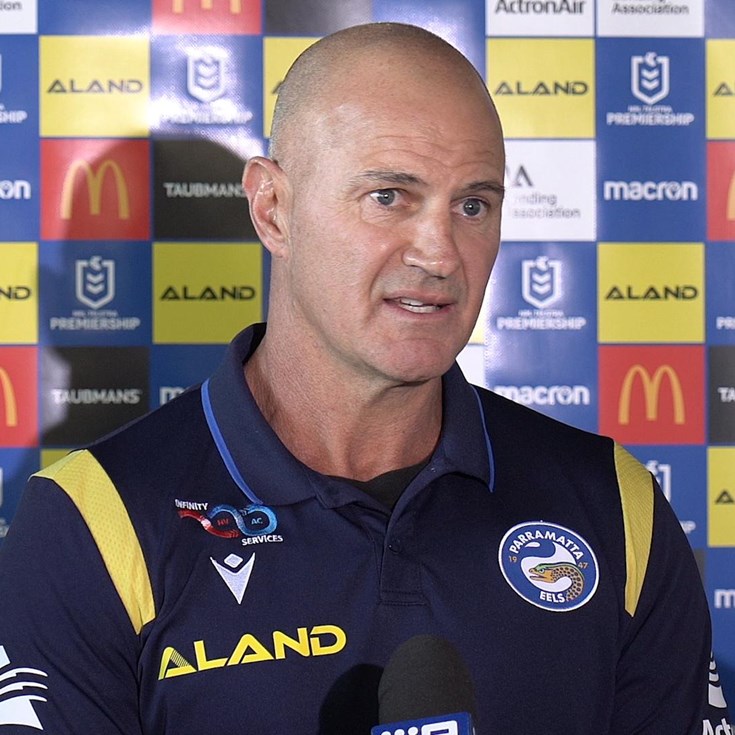