The Parramatta Eels last featured in the Finals series against the Melbourne Storm in the 2009 Grand Final, going down to their opposition that day.

A young Mitch Moses was there in the crowd that day, cheering on the Blue & Gold, and it is ironic that the young halfback will now steer around the team he supported growing up, in their first return to the Finals arena since that year.

“I was actually at the Grand Final. I was in Year 9 at Holy Cross,” Moses told the media when asked about the 2009 Grand Final.

“I was a big Parramatta fan and I went to that Grand Final, so it was pretty heartbreaking being a Parramatta fan growing up. But I definitely remember that one, it was a good game.”

Eight years later, Moses will feature in a Finals series for the first time, after making an opportune mid-season switch from the Wests Tigers to the Eels.

“I didn’t think I would end up at Parramatta midway through the year so I am pretty glad with the change that has happened. I am enjoying my footy at the moment and looking forward to this week.”

“It was always a goal, as a young kid, you always dream to play on the big stage playing Finals footy and it has finally come around now so it is pretty exciting.”

Click for the Game Day Info - Finals Week One

As they prepare to take on the Storm this week, Moses says there is a good vibe around the Club, entering the Qualifying Finals with nine wins from their last ten games.

“It is a good vibe around the Club at the moment and we are looking forward to this week. The first week of the Finals, there is no reason why anyone shouldn’t be excited,” Moses said.

“They can say all they want [with some calling it mission impossible], we just have to go down there and try and do a job on Melbourne. We are just going to control what we can do.”

Moses knows that he, along with halves partner Corey Norman will have a lot of pressure on their shoulders, but he says their combination will not look to change too much this week.

In fact, Moses says he is the most confident he has ever felt.

“I probably haven’t felt more confident than at the moment. I am feeling confident with the players I have around me, the coaching staff and how I am playing my footy.” Moses added.

“I guess you could say it is the most confident I have been since starting to play in the NRL.”

“It is probably just getting my head right for each game, the combinations that we have working at the moment are really helping me and making my footy at lot better.” Moses continued.

But the halfback knows that this week’s challenge against the Melbourne Storm will be a big task.

The opposition will be looking to come away with a win as they celebrae their Captain’s record breaking NRL game milestone in front of a home crowd, and Moses knows that it is not just Smith who will be dangerous.

“The job is not done at all. We obviously want to be there in the first weekend of October and definitely want to finish it off.” Moses said.

“It would be massive for Parramatta fans [if we could win it]. But we are going to take it week by week at the moment, Melbourne this week, we wont be looking too far ahead.”

“You have to hang in there with them, start well against them , put in an 80 minute performance. They are a real class team.”

“That’s massive for him [Cameron Smith], in my opinion, he is the best player to ever play the game and it’s a real credit to him to how good he has played, for how long he has played in the middle of the field and what he has succeeded in the game.” Moses added.

The Eels kick off against the Melbourne Storm at AAMI Park on Saturday 9 September in Week One of the NRL Finals Series. Kick off is at 4:10pm. 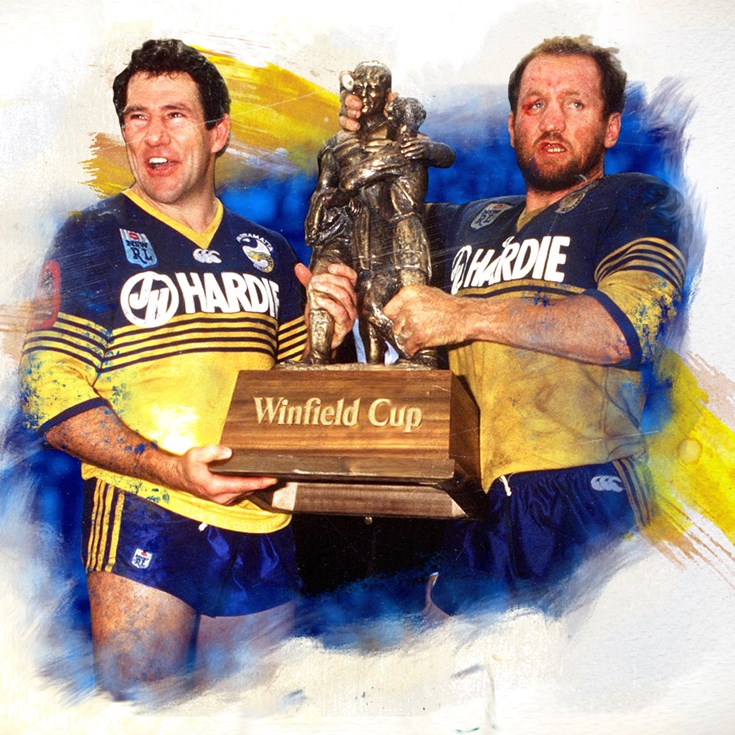