The night recognised the off-field contributions of players through the RLPA-NRL Wellbeing and Education awards with Mannah and Aukafolau being two recipients.

Mannah’s award acknowledged the completion of his Bachelor of Sports Business Degree and his continuing studies in a Diploma of Financial Management.

Tim has also been working in various areas of the business at both PLC and PNRL as part of a Career Transition Plan approved by the NRL.

Aukafolau has been working at Westmead Children’s’ Hospital while completing a Certificate IV in Education Support as part of the highly successful Teachers’ Aide program established by Dean Feeney which has sixteen of the Eels NYC players working in schools as well as the Giant Steps School for autistic students.

Congratulations to both players!

To see all the award winners from the RLPA awards night, click here. 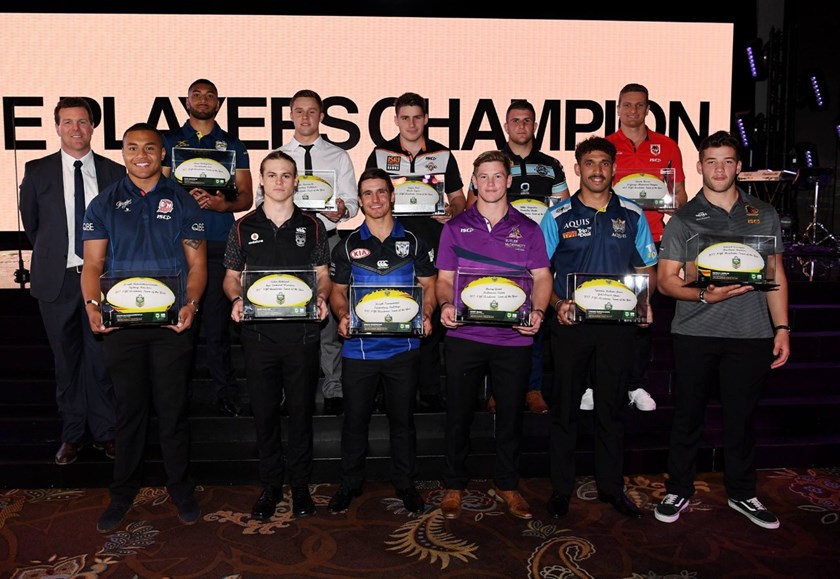