The Parramatta Eels touched down yesterday in their home away from home, #eelsterritory, kicking off their week-long preseason camp with an open training session before a signing session with some of the Northern Territory locals.

Speaking after the training session, Eels prop Daniel Alvaro is glad to be back training in warmer conditions, leaving the bad weather behind him in Sydney.

“It’s really good [to be back], straight off the plane and out here today. Tit was a pretty cruisy session, but it nice and warm for us,” Alvaro said.

“It’s been a bit miserable the last couple of days [in Sydney] been a bit cloudy and rainy so its good to get up here in the sun.”

The Eels will spend the week in Alice Springs, filled with open training sessions, visits to the local community, schools and plenty of other local activities.

A change of scenery and friendly locals makes the return to Alice Springs enjoyable to come back to says Alvaro.

“It’s good to get away and do something different mix it up a little bit,” Alvaro said.

“Especially coming up here, because every one is so welcoming and makes us feel right at home,” he continued.

“The boys have had a really tough month building up. Last week especially was pretty heavy so I think they’re going to try to tone it down this week.” Alvaro added.

“Especially in the heat, focus on more skills.”

Alvaro returned to the Blue & Gold’s pre-season training this week, after playing his part in Italy’s 2017 World Cup campaign.

Alvaro represented Italy, along with fellow Eels teammate Nathan Brown, but the side’s campaign did not progress further than the pool stages. However the experience was beneficial for Alvaro.

“It was a really good couple of weeks we had a great crew and I really enjoyed it,” Alvaro said of his RLWC experience.

“Probably a bit disappointed with how we went. We thought we’d go a little bit better but that’s how it goes.”

“I was pretty happy with it. I had a couple of weeks off after the end of the season, probably a bit under done, I would of liked to be a bit fitter but it was good.” Alvaro added.

This week’s pre-season camp will mean that the Eels won’t be playing a trial match in Alice Springs this year, but the Blue & Gold will return to Eels Territory in Round 14 of the 2018 NRL Telstra Premiership, when the side takes on the North Queensland Cowboys at Darwin’s TIO Stadium.

“They’re good [the games in the NT]. We always get a really good turn out and the crowd is always vocal,” Alvaro said when asked of playing in the NT.

“It was a really good turn out last year playing the Cowboys because there are a lot of North Queensland supporters up here for the game, so it was great.”

“It’s always good to come back here. It’s just the way with the World Cup it’s just how it’s worked out this year unfortunately,” Alvaro added when asked of being unable to play the side’s pre-season trial game in Alice Springs. 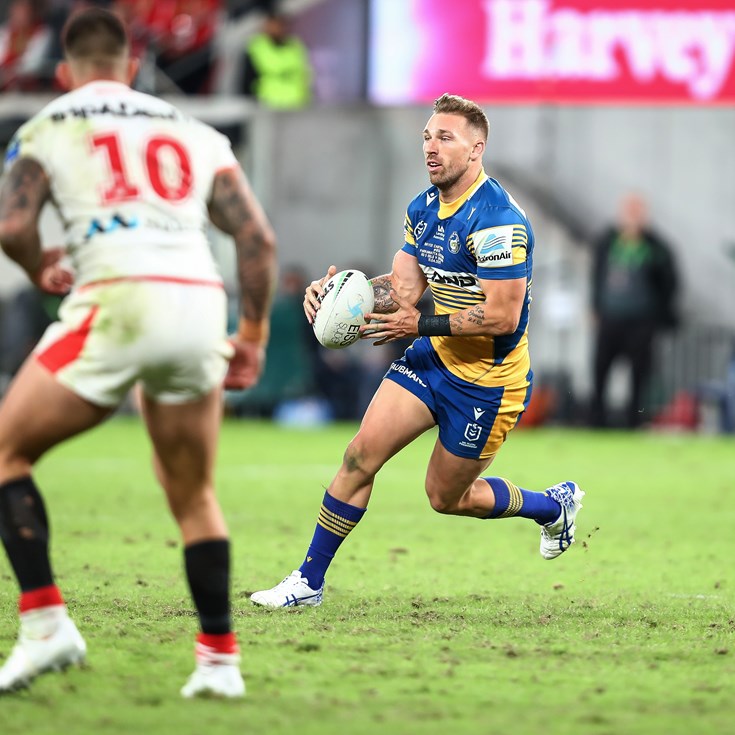 Bryce is right: Cartwright hungrier than ever as he repays Eels