Parramatta Eels forward Kane Evans has joined his fellow Blue & Gold teammates this week, donning his new colours for two days of  pre-season training before a visit to the Eels Charity Partners, the Children’s Hospital at Westmead and the Ronald McDonald House, Westmead.

Speaking for the first time since joining the Club, Evans is excited about the opportunity in the Blue and Gold.

“It’s been awesome my first week. I have only been here two days but I love the new colours, the boys and the training facilities. It has been welcoming and hard but I am enjoying it,” Evans said.”

“That’s obviously my goal, to put my best foot forward and that’s been starting at training,” the forward added.

“It has been pretty tough the first few days and it’s been a eye opener and a wake up for me which is good. I think it will help me be better as a player and if I can go well as a player, it will help the Club, so I am grateful to be here and I cant wait to put on the jersey and represent the Club.”

After eight seasons at the Sydney Roosters, Evans made the decision in May 2017 to join the Eels, signing a three-year contract with the Club.

It was an opportunity put forward by Head Coach Brad Arthur that had the prop opting to get out of his comfort zone for the chance to play a huge part in the Blue & Gold.

“I was at the Roosters for the last eight years, and coming off the bench there. I was enjoying my footy and it felt like home there but I really wanted to try my best to try and get a starting spot,” Evans said.

“I had a meeting with BA earlier in the year and he was saying there was an opportunity and that was all I needed to get out of my comfort zone.”

“To be able to be a part of the Parramatta Eels, I am very blessed for this opportunity so I just want to work hard and try my best for the Club.”

And since arriving at the Club, Evans has nothing but praise for Arthur, knowing he will bring out the best from the prop.

“BA is machine, on the field and off the field,” Evans said.

“Obviously I have seen what he can do with players, bringing the best out in players and just coming to training and seeing him train every day the way he does, he really backs up what he says.”

Evans World Cup campaign was cut short, by an injury to his arm, suffered in Fiji’s first game of the tournament against USA.

However Evans says the recovery is coming along, with the prop focusing on regaining his strength to ensure he will have more impact on the field in 2018.

“The broken arm is coming good, it’s been six and a half weeks to the day,” Evans said.

“I started doing some upper body weights today which has been good for me. The program they have me on is awesome, it’s a lot of reps so that I can get bigger and be more powerful when I play, and break tackles.”

“I have started my weights program today but I have been doing a lot of running over the last couple of days but it is all coming together really well."

“Being with Fiji for the World Cup is definitely one of the highlights of my life, the last World Cup and this most recent one,” Evans said.

“It was awesome just being amongst the brothers, we have such a tight bond, and having players like Jarryd Hayne come into the team, getting to know him more, I think it is a massive blessing that he has now come to the Club. I cant wait to represent Parramatta with him and hopefully Fiji in the future again.”

“I am definitely excited to play with Suaia Matagi, Michael Jennings and Brad Takairangi,” Evans added.

“I played with them when I was coming up through the ranks at the Roosters so it will be awesome.”

“I look at the whole squad, there is so much depth, so much talent and so many hard workers so Parramatta is going well, not just the area but the team as well. We are going up and I am just glad to be a part of it.” He continued. 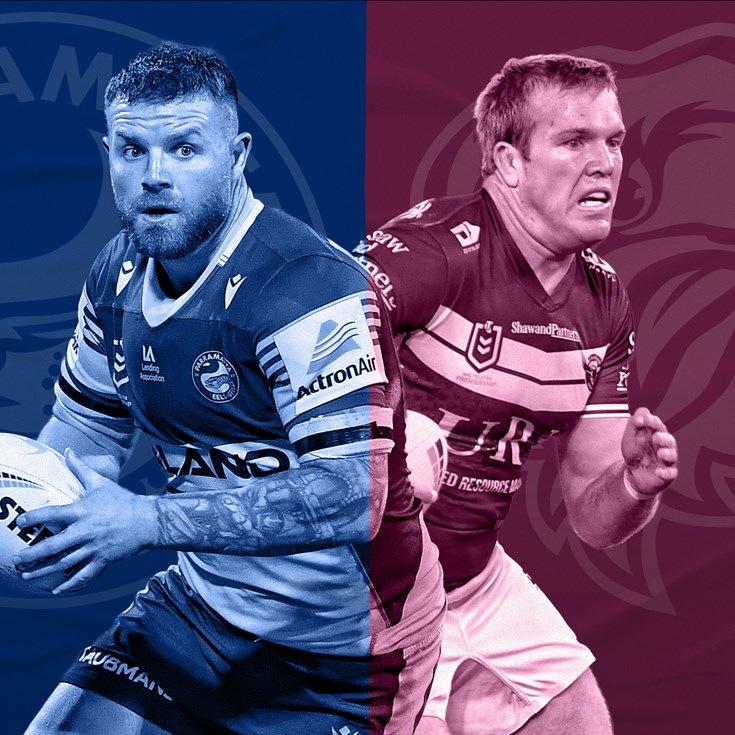