There's something about Jarryd Hayne's decision to take the big-dollar contract to play for the Gold Coast Titans in 2016 that just doesn't fit into the narrative.

He walked out on the Parramatta Eels and a million-dollar a year deal with no promises of any income in pursuit of his NFL dream. And even when he landed a spot on the San Francisco 49ers roster, he lived off $600 a week most of the time.

Then he decided to try and crack it in the Fijian rugby sevens team for the Rio Olympics. It was a shadow of what he stood to earn had he returned to rugby league or remained in the NFL.

Now, after 18 months at the Titans, he's back at the Parramatta Eels and has sacrificed close to $700,000 just to be happy again.

This "dream now, plan later" mentality has often been at the forefront of his thinking when making key decisions.

In the days following Hayne's selection in the 49ers roster back in 2015, in an interview with the Sydney Morning Herald, he said: "This was never about the money. I know what I'm over here for. If I lose everything, then so be it."

Which is why the decision to join the Titans remains puzzling to this day. But, like so many things in Hayne's world, not many people know the full story.

Especially those Eels fans still reluctant to allow Hayne back into their hearts after a perceived betrayal choosing the $1.2 million Titans deal and breaking a promise to return to Parramatta.

"If people knew all the stuff that he was going through behind the scenes at that time, they would be a bit more sympathetic to the situation and be able to respect the fact he had to make decisions that were best for him," Hayne's best friend, Eels skipper Tim Mannah, told NRL.com.

"I knew since day one that being up on the Gold Coast wasn't a great fit for him. It had nothing to do with the club. It was just being away from home and not having that network of support.

"But he had a lot going on in his personal life that people don't know about that would have driven his decision. It's easy from the outside to judge but it's not for me to talk about. He's the only one who would know if he made the right or wrong decision."

Mannah: Hayne belongs at the Eels

"Everything happens for a reason," he said on Tuesday afternoon as he reflected on his journey since leaving the club at the end of 2014.

But there's no denying, given his gigantic financial sacrifice, that he's come back home for all the right reasons.

"You hit it on the head with that," Hayne said.

"It's one of them things … I just wanted to be back here. I wasn't sure there was going to be an opportunity but I was fortunate enough there was, but I had to take a big pay cut.

"It would be good if Normy (Corey Norman) and Mitch [Moses] helped me out. But I don't think that's going to happen."

As he cracked a smile for the first time in a rather guarded interview at the club's North Parramatta training facility, he provided an insight into how much things have changed at the Eels since the days he once ruled the roost.

"The stars are Bev, Normy and Mitch," Hayne said.

And he kept banging down that door. That same message coach Brad Arthur has been pushing since day one – that this is not The Jarryd Hayne Show any more.

"We don't want the one individual to be taking the team over," Hayne said.

"We want collectively as a whole to be all working together as a unit. That's something that I know Brad wants that mentality. We don't want those one or two players that have to come up with something every single week.

"We want to have that responsibility as a group that everyone has to put in and have that mentality … That reliance [on me] is definitely gone. There's no one player that we're going to rely on through the whole year, the balance we've got is unbelievable."

There's a noted change in Hayne's demeanour. He's never going to be Mr Charisma, especially when it comes to the rolling media circus following his every move.

He's uncomfortable in the spotlight. And that was evident in the banter from his teammates, who had to stand around and wait for Hayne to be interviewed before receiving any attention from the large media gathering at the club's media day on Tuesday.

"I'm not a big fan of it," Hayne said of the spotlight.

"I'm more of a laid-back person. I really don't like it. Probably the one thing I loved about the Gold Coast the most is that everyone is so laid back up there. Wherever you go out or go to a café or a beach, everyone is real laid back and not noticing you.

"Whereas in Sydney, especially around Parra, the fans are hectic. It is a bit different. But I'm definitely the bloke that likes to lay back and let the young guys take the glory like Mitch and Normy."

Hayne struggled to give a trigger for his decision to come home. There are personal reasons relating to his child, but there's a connection with the club that can't be ignored.

Hayne reached out to the club on numerous occasions during his time on the Titans. He wanted to gauge interest, but at first there was very little from a club hellbent on changing the culture of the past.

Mannah believes the success of the club in 2017 reignited Hayne's desire to return home.

"He could see how well we were going at Parra. I guess he wanted a piece of it as well," he said.

"He's grown up a lot, but he's still the same Jarryd. He's come back here a bit more level-headed and a lot more mature.

"He didn't have his best season last year. He knew how important it was to play good footy again. He knew that he would feel better playing here. That's why he made the call."

Hayne admits he's been lonely at times throughout his three-and-a-bit year getaway. But he didn't realise how much until returning back to his junior club and living in western Sydney yet again.

"In Parra I can call about 20 people who are always hanging out or doing something," Hayne said.

"I probably didn't realise until a couple of months ago, really. You're out there and you have a reality check like 'wow'. Being back here I realise how hard it was being away. I didn't fathom what it would be like because I don't really plan things much. I kind of just wing it. It's a journey, man. I love it. It's something I've always enjoyed and embraced, travelling the world."

He didn't say it, but you can't help feel as though Hayne is back to help his beloved Eels to a long-awaited premiership.

The Eels centre didn't want to delve into the conversation about Parramatta's title prospects but hasn't forgotten the feeling that comes with success in the blue and gold.

"That was full on. We have a long way to go there. We have to build slowly. It'll probably be a big thing for us just to focus on playing footy. Especially if we get a couple of wins, the momentum does get pretty hectic."

And hectic it will be. Just like everything that has followed Hayne since his debut as a teenager 12 years ago. 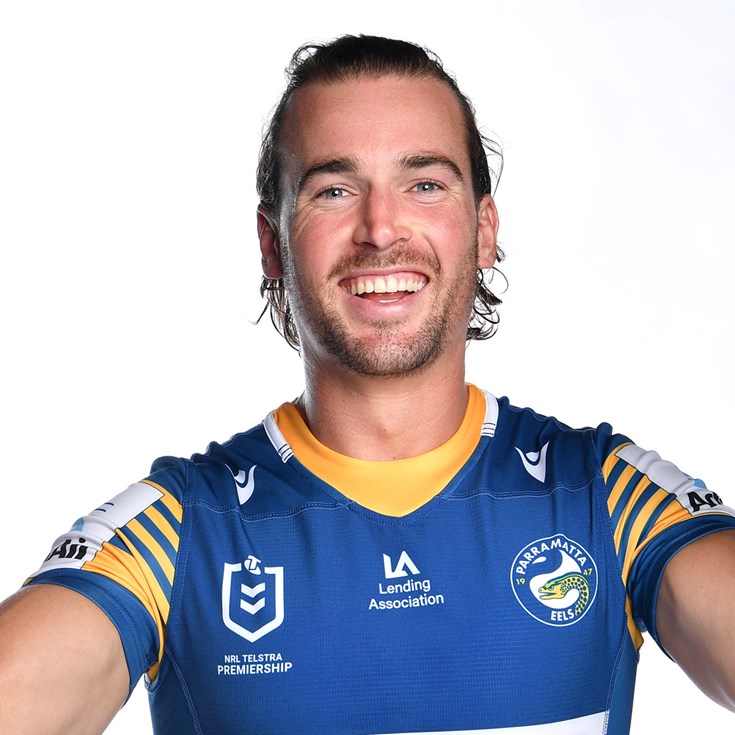 Arthur discusses depth and Round One selections