Takairangi talks moving into the back row

The Parramatta Eels came away with a convincing 26-6 victory over the Newcastle Knights in Maitland in their pre-season trial on the weekend.

Speaking this week, Brad Takairangi, who made the move from centre to the back row during the offseason says he feels more at home in the new position.

“I was happy with my performance. All week I knew I had to get through the first forty and I did that and still had plenty in the tank so it was really good to get in there and knock forty minutes out with the boys,” Takairangi said.

“There is obviously a bit more work load there but I am loving it and hoping I can keep doing it.”

Takairangi will see himself compete with fellow back rowers Manu Ma’u, Tepai Moeroa and Kenny Edwards for a starting spot in the back row to kick off the year and he is hoping to cement a spot amongst some tough competition.

“I sort of feel like that is where I belong now so and I am looking forward to Round One.” Takairangi said.

“The three boys that I am competing against are very good players and I have learnt a lot off them but I am hoping I can put my best foot forward and hopefully make that jumper mine.”

The Knights scored the first try of the clash before the Eels went on to score six unanswered tries.

Takairangi said it was a strong performance from the Blue & Gold and hopefully something they can build on to kick off the year.

“It was awesome to be back out there and finally good to play against a different team. We were getting sick of versing each other so it was a really good hit out for us.”

“It was a really good reaction from the boys after that first try. Nobody really dipped their heads and we knew we had to get back into what we do and that’s what we did.” Takairnagi added.

“I thought we defended really well which was our main focus and we know that we can score point so it was just worrying about our defence. “

Takairangi played the open forty minutes of the clash before returning to the action for the final 20 minutes, this time replacing Corey Norman and Mitch Moses in the halves.

Takairangi showed some of his skills with a 40/20 late in the clash and had some advice for his fellow teammates.

“It was definitely deliberate.” Takairangi said with a smirk.

“I was actually hoping Corey and Mitchell had their notepads out taking notes because a couple of those during the year would be nice because I haven’t seen one for a while!” he joked 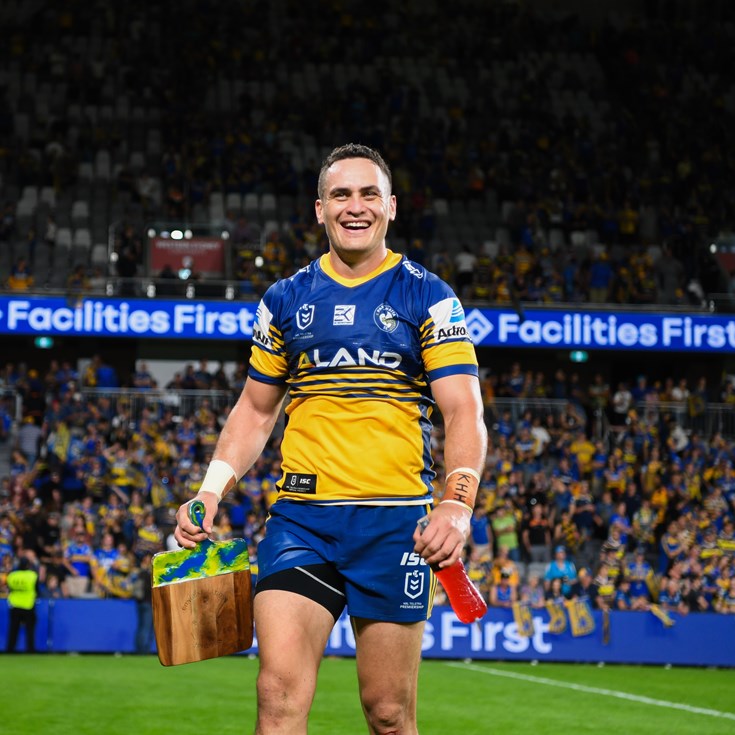 Eels take studies into their stride

Takairangi talks moving into the back row