The Parramatta Eels suffered a 24-14 loss to the Penrith Panthers at Panthers Stadium today.

Speaking after the clash, Blue & Gold Head Coach Brad Arthur made no excuses for the side’s second half start and loss of momentum which saw their half time lead disappear before eventually going down by 10 points.

“[The Blake try] was a change of momentum going into half time but a bit of ill discipline cost us there because we should have had the ball down the other end of the field.” Arthur said.

“Momentum was stopped because at half time we probably didn’t come out of the sheds.” Arthur added.

“Our start to the second half wasn’t good enough. We allowed them back into the game and to their credit they came out with plenty of intent and we didn’t match it.”

The Panthers pulled ahead with a try to Waqa Blake during a ten minute period that Mitch Moses spent in the sin-bin, but Arthur did not put down this part of the game to what let down the side.

The Blue & Gold’s start to the second half was crucial.

“Did he go out? Look sometimes that is going to happen but that’s not our problem. We started really well but in the second half we started poorly, turned over too much possession and in these conditions, it took its toll on us physically and we just got steam rolled.” Arthur said.

“We worked really hard, obviously not hard enough, but in the pre-season we have been trying to work on our second half starts. In the second half they went 60m in their first set to start the second half and we didn’t get out of our 30m and we turned the ball over. But even with that there was still 38minutes to go.” Arthur added.

“With the sin binning, that’s the way it is, its not an excuse either.”

“We planned to turn the ball over to them where we wanted to and we didn’t. We gave them good field position all the time in the second half.”

“The weather wasn’t a big factor I don’t think. We played a trial game in Newcaslte two weeks ago and it was hotter than this and we played better so that is no excuse,” Mannah said.

“I wasn’t out there at the time [the end of the first half during the Panthers first try] so I don’t know how they were feeling. It wasn’t the ideal way to finish the first half, but we had half time and the chance to stop that momentum and we should have been able to reset.” He added.

“We have to be better in being able to get control again.There was a patch of 15-20 minutes that really cost us the game.” 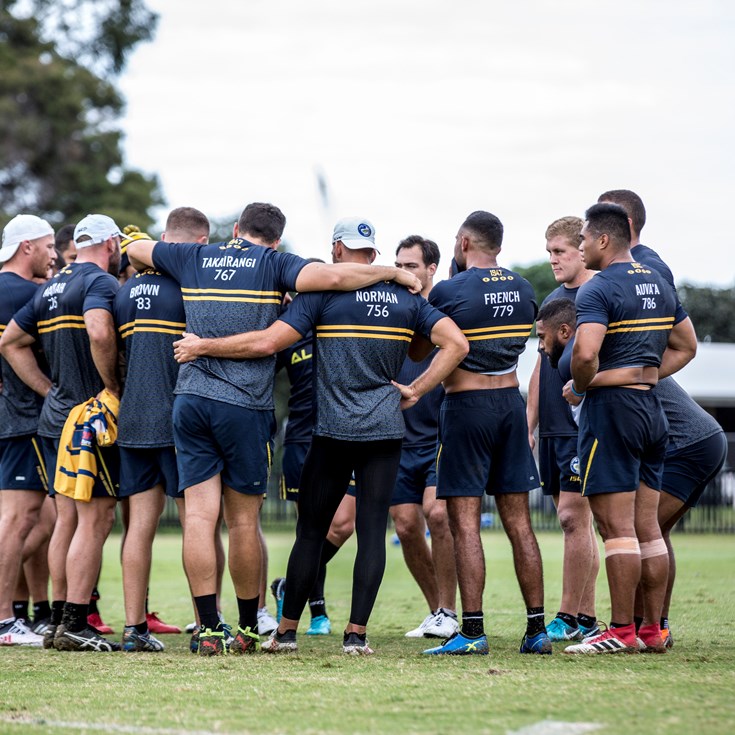