The Parramatta Eels have suffered a 30-20 defeat to the Wests Tigers at ANZ Stadium in Round Four of the NRL Telstra Premiership, seeing the side winless after the opening four rounds.

Blue & Gold Head Coach Brad Arthur said that his side has nobody to blame but themselves after their ill-disciplined performance.

“Ill-disciplined. We are giving away penalties and leg ups out of the back field for offside and it doesn’t matter if the referees want to stand 20m back, you have got to be behind them,” Arthur added when asked of how he saw the team’s performance.

“Until we address that and fix that, we are going to have the same problems. “

“We are making 400 tackles a week, it is ridiculous. At one stage we had made 90 tackles more than the Wests Tigers.” Arthur said when asked if his sides performance was soft.

“The penalties are soft but when you give teams that much football, and it’s back to back, it takes its toll.”

Arthur admitted that the Blue & Gold morale was down after the defeat, but the Head Coach was not looking for any excuses.

“Morale is down but we need to take that last 20-25 minutes moving forward next week. Both teams had 18 sets of footy in the second half and we showed with 50% possession that we can play but it was too late.” Arthur said.

“None of the boys are playing well, we are 0-4 If you don’t have the ball, it makes it very hard.” He added.

“We have nobody to blame but ourselves.”

Arthur said he would be willing to make tough decisions if players did not start becoming accountable for their performances.

“It’s a problem our discipline. It’s individuals who have to be accountable for it.” Arthur said.

“If blokes can’t be disciplined, they won’t be in the team moving forward.”

And whilst the Eels are yet to register a win to start their season, Arthur says the side will still remain positive.

“We will dig ourselves out, but it needs to be right now.”

“We cant get too far ahead of ourselves, we just have to knuckle down and get that first win and go from there.” 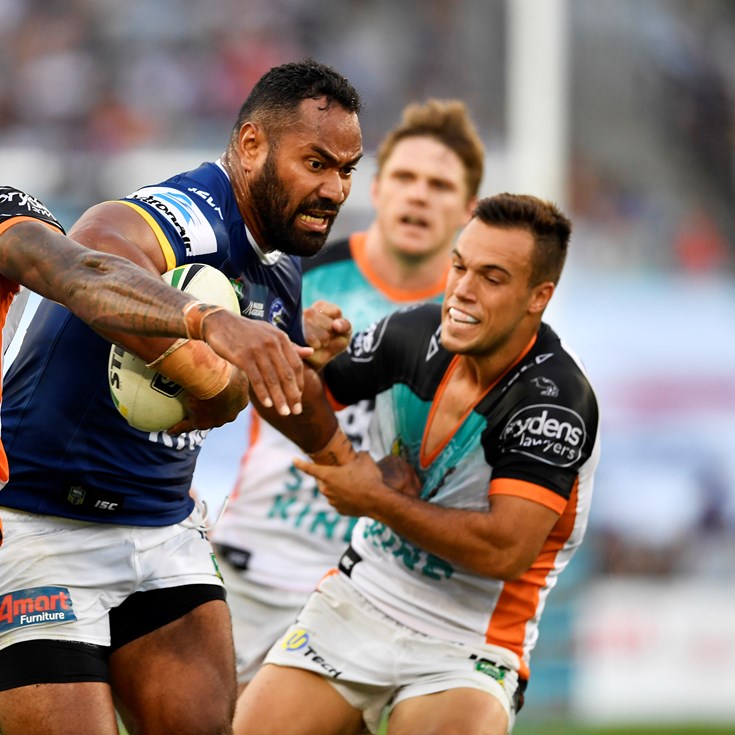