Parramatta is set to welcome back Clint Gutherson on Saturday against the Canberra Raiders in the first match back for the 23-year-old since July last year.

Coach Brad Arthur has told NRL.com that he plans on naming Gutherson on Tuesday.

It's understood he's been given the green light by medical staff to play his first game since round 20 in the 2017 Telstra Premiership, when he tore his anterior cruciate ligament.

"He's one of our best athletes and most professional at the club.

"So we didn't want to take any chances and we wanted to make sure it was more about Clint, or Gutho, as a person and as a long-term [player] for our club."

The lanky fullback/five-eighth has been ready for a couple of weeks but Arthur said he resisted the temptation to inject him, despite a 0-5 start to the season for the Eels.

"It would have been nice to rush him back a couple of weeks ago but we wanted to do everything by the book and make sure everyone was comfortable and his head space was right to play," Arthur said.

"That's the final piece of it now – is making sure.

"He called me 'a cat' last week because I wouldn't name him in the team. So he's been riding me a bit," the coach added.

"But I just needed to make sure he's a 100% confident of getting the job done; that he's ready to go.

"There's a bit of process with it. It's his second one so we don't want to rush him.

"When he returns it needs to be on his terms. Like I said he's been pushing it but I don't know how genuine he's been in making sure he's 100 percent confident."

Anxious Eels fans, not wanting their season to slip by them just yet, will be eager to see Gutherson back on the field.

But Arthur thinks two people to benefit in particular will be Corey Norman and Mitchell Moses.

"He brings energy. He makes everyone play," Arthur said.

"He goes to the games all the time and makes people around him play. He's a bit like (Eels lock) Nathan Brown in that he forces people to play.

"Gutho pushes up on the ball all the time. And because of his aerobic, his conditioning, levels he's on the footy all the time.

"It's an area that might take some pressure off the halves to have someone with plenty of energy on the ball."

Bevan French and Kane Evans are also expected back from injury for the Raiders game. Centre Brad Takairangi is hopeful of returning or round seven against Manly. 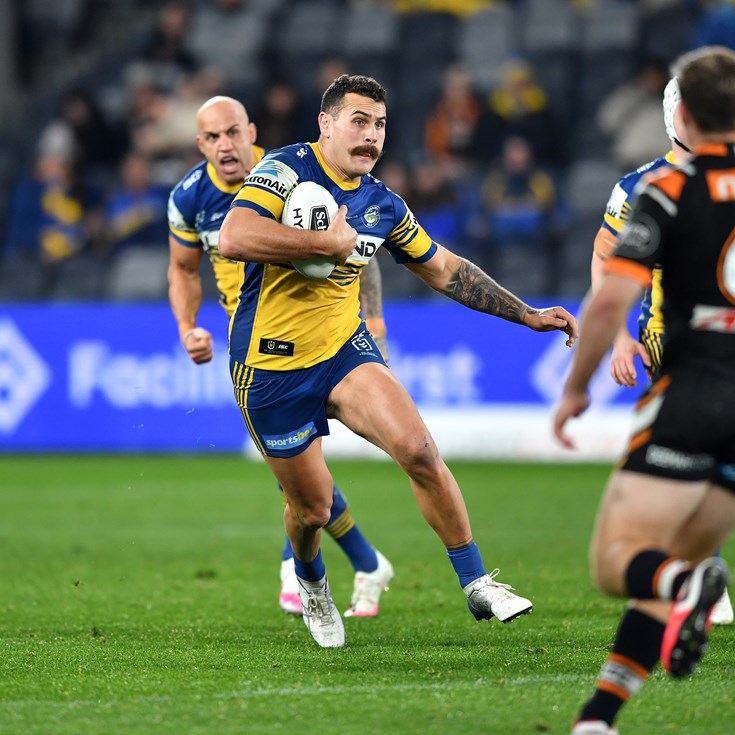 Lonely nights that made Mahoney an NRL star