The Parramatta Eels will take on the Canterbury-Bankstown Bulldogs tonight at ANZ Stadium in Round 10 of the NRL Telstra Premiership.

With both sides desperate at the bottom of the table and holding a 2-7 record coming into the clash, Blue & Gold five-eighth Corey Norman says the Blue & Gold will have a ‘win at all costs’ mentality.

Norman knows that with the Eels start to the season, the side cannot afford to lose too many more games this season if they are to feature in September football in 2018.

Norman says that the side must rise to the occasion and handle the pressure.

“We know we have a job to do against the Bulldogs this week who are just as desperate. We have had a look at them but we really need to focus on what we need to do to win,” Norman said on Big Sports Breakfast this week.

“We have spoke about that [whatever team loses are under the pump to play Finals football this year] and we have done a bit of video on them but we really need to look at ourselves and see what we can do.” Norman added.

“With that comes pressure, but that’s it, we just need to win. We have to go there and win at all costs.”

New wheels for @Normz35 ahead of our #NRLIndigenous Round clash against the Bulldogs tonight.

Normy's boots designed and painted by @d_dunn1 showcasing and showing appreciation for the Indigenous culture and Elders past and present. pic.twitter.com/FB3S1YVXLW

The Eels are coming off a two point defeat to the Cronulla Sharks last week and Norman says it was the side’s game management that let themselves down.

The Eels fell behind on the scoreboard, trailing 22-4 after the opening 70 minutes of the clash before scoring three tries in 6 minutes to give the Eels the slightest hope of victory, with a conversion after the siren to send the side into extra time.

The five-eighth was quick to put his hand up for his own personal performance performance.

“Last week was one that got away and it hurt a little bit. We just didn’t give ourselves a chance and that we needed to start our second half well.” Norman said.

“I thought our game management really let us down in the second half.”

“I really think it’s the dumb errors. We didn’t get a good finish to our first set to start the second half and then after that, we gave the ball away to them four sets in a row.” Norman continued.

“With a quality team like the Sharks, they are going to put you under the pump and then it’s all a little too late after that.“

“We kept turning the ball over in their half when we got down their end and you just can’t do that against a quality side.”

Norman said he must take control of the game this week, also putting his hand up to run the ball more.

“I think the game management let us down and ill put my hand up for that.” Norman said.

“Our sets were good but our finishes to sets were a bit scrappy and not good enough.”

“My game management this week will be massive and ill just keep running the ball.” He added.

The Eels will enter tonight’s clash without hooker Kaysa Pritchard and co-captain Tim Mannah with the two ruled out with injury earlier in the week.

Will Smith has been named at hooker with forwards Beau Scott and Siosaia Vave called onto the bench.

“Kaysa is a big loss, just with the energy and the aggression he has in the middle, but Will Smith has a job to do and we have the confidence in him,” Norman said.

“Tim Mannah said it might be a month [eye socket injury] and that’s a big loss there but that’s another opportunity for whoever comes in to step up.”

The Eels kick off against the Bulldogs at ANZ Stadium in Round 10 of the NRL Telstra Premiership tonight at 7:50pm.

Click here to hear the full chat with Corey Norman on Big Sports Breakfast on Thursday 10 May. 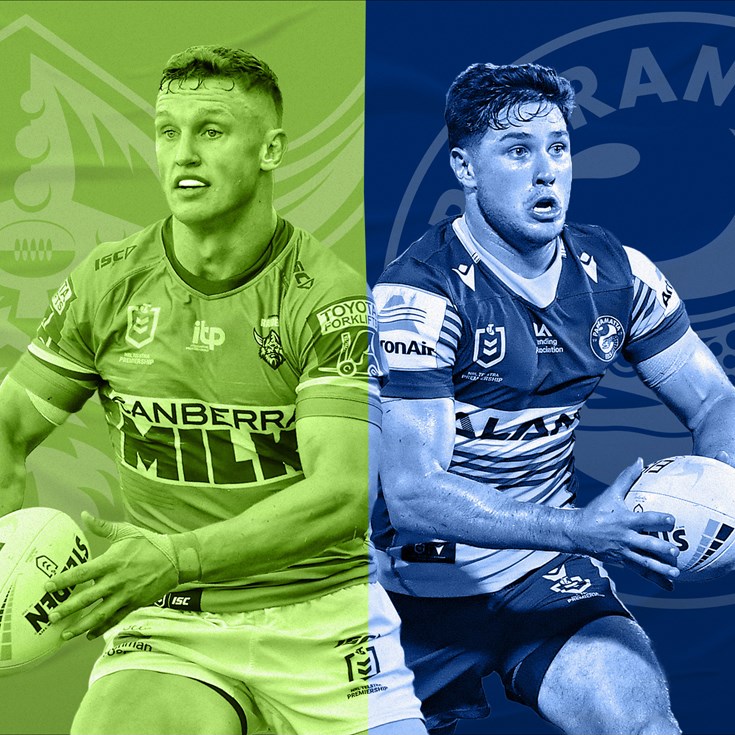