The Parramatta Eels will clash with the Canterbury-Bankstown Bulldogs at ANZ Stadium tonight  (Thursday 19 July) in Round 19 of the NRL Telstra Premiership.

Coming up against the 14th placed Bulldogs, Norman knows the clash is vital and will have big ramifications on the wooden spoon in 2018.

Speaking with Big Sports Breakfast this morning, Norman says the side knows what is on the line tonight.

“We know what is on the line tonight and nobody wants the wooden spoon,” Norman said.

“We spoke about that the other week and we really need to win this game tonight.”

Reflecting on last week’s loss to the Newcastle Knights, Norman said it was the side’s attention to detail that must improve.

“We didn’t complete the last seven of our eight sets leading into half time and you just can’t do that,” Norman said when asked about last week’s clash.

“That rolled onto the first bit of the second half. It’s just the attention to detail that let us down in that game [against the Knights] and it’s been letting us down all season.”

“It’s all about our attention to detail. You can’t not complete 7 out of 8 sets against any team,” he added.

Norman said that whilst the team has trained well during the week, they needed to bring that onto the field on game day.

However he admitted that the side’s confidence was low, which has taken it’s toll.

“We have to play like we train. We do train very well, it’s just sometimes in the game, when the pressure is on a bit, we jump out of our systems and get nervous,” Norman said.

“It is probably a confidence and trust thing as well, its been a pretty long year only winning three games and that tends to happen,” he added.

“You aren’t doing it intentionally, but our confidence has taken a bit of a hit and when teams are building pressure, sometimes you do things you normally wouldn’t do."

Eels outside back Jarryd Hayne has returned to strong form over the past fortnight and Norman praised the centre.

“Haynesy has been good and he played really well last week and that’s good to see.” Norman said.

“He finally doesn’t have any niggling injuries and he is playing well and when he is in a mood, you got to get him the ball.”

“Hopefully he is in a mood tonight because it would be good to see him go again.” He added.

The Eels have named just the one change heading into the clash, with Eels hooker Kaysa Pritchard returning from injury in place of an injured Cameron King.

Norman said he is excited to see Pritchard back in the Blue & Gold.

“It’s good to see Kaysa return. He has the license to run off a quick play the ball and he brings plenty of enthusiasm,” Norman said.

“He is very aggressive in defence for a little fella, he goes hard and you know what you are going to get from him so we are all excited to see Kaysa back in the side.”

The Eels kick off against the Bulldogs tonight at ANZ Stadium from 7:50pm.  Click through to purchase your tickets to the clash. 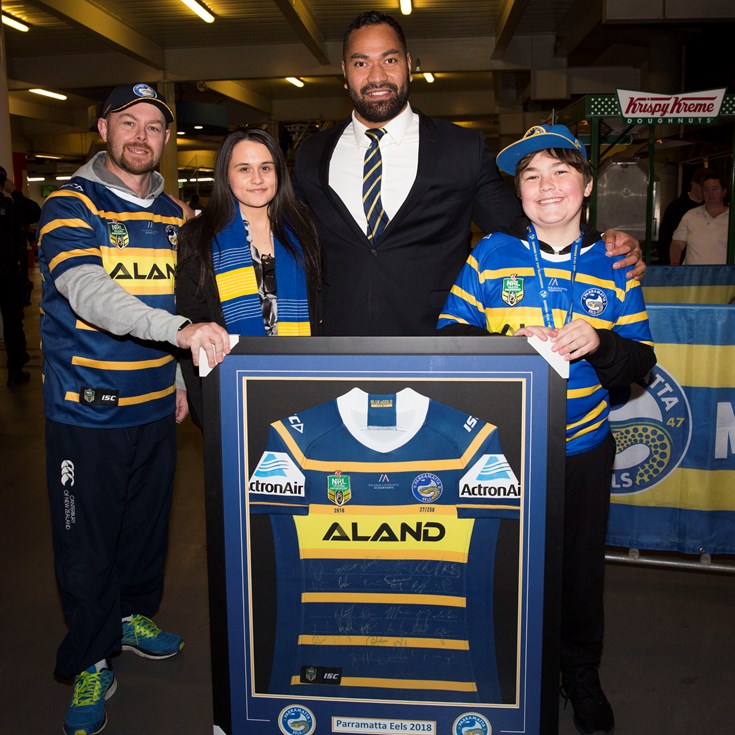 Eels v Bulldogs - Around the Grounds, Round 19

Moses: We haven’t been playing as a team for 80 minutes