The Parramatta Eels are preparing to take on the Gold Coast Titans at ANZ Stadium in Round 21 of the NRL Telstra Premiership on Saturday 4 August.

Speaking ahead of the clash, Blue & Gold players Bevan French and Tepai Moeroa say the side is looking for a much improved performance following last week's clash to South Sydney.

The Eels built a 20-6 second half lead against the Rabbitohs before eventually going down 26-20. French and Moeroa said the side is confident in playing better for longer periods during the rest of the season.

"If we can keep attacking like we did in that first half (we'll win games), we just need to work on our defence," Moeroa said.

"Souths rolled us through the middle relatively easy and that's pretty much what led them to getting the upper hand."

"We didn't complete the first few sets (in the second half) which is the most important thing," the winger said.

"It's something we're going to try and fix in the next five weeks.

"The main thing (now) is we don't want to end up last.

"We want to take some confidence into the preseason."

Speaking about his own game, French is eager to be better for his teammates.

"(I want to improve) my overall physicality and fitness.

"I want to be on the ball a bit more and get a bit more involved. I'll do a lot of that over the preseason."

Parramatta hosts the Gold Coast Titans on Saturday afternoon at ANZ Stadium and former Eel Nathan Peats will be in action.

Asked whether Peats, known for a bit of banter, has started any talk yet Moeroa had a chuckle.

Kick off to the Eels v Titans clash is at 5:30pm. Click through to purchase your tickets to the clash. 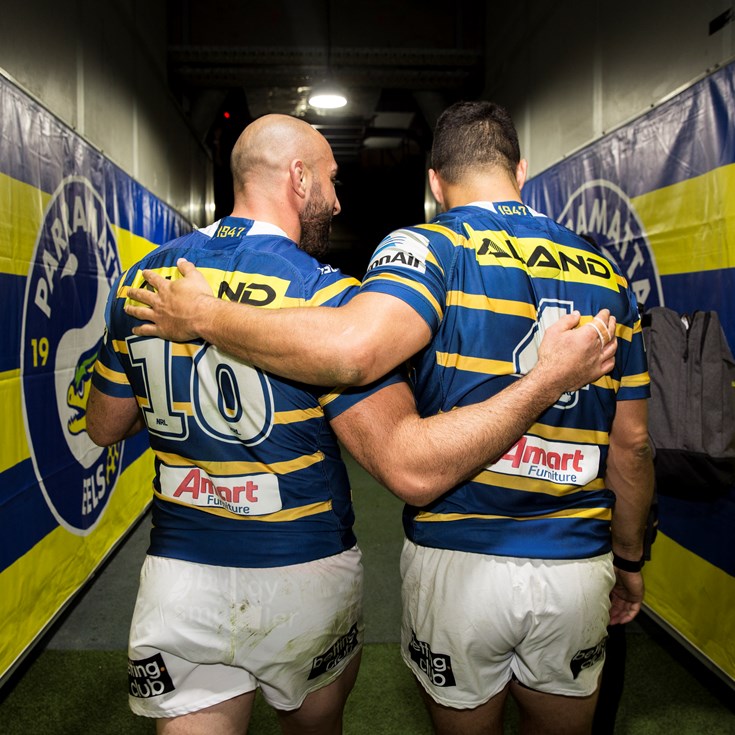