Corey Norman spoke with the Big Sports Breakfast this morning ahead of the Parramatta Eels v St. George Illawarra Dragons Round 22 clash of the NRL Telstra Premiership.

The first half of football against the Gold Coast Titans last week set up a 28-12 Eels win, Norman thought they have to change something in the second half for the Dragons.

"The starts of our second half have been poor the last couple of weeks (and) we've managed to come good in the back half," Norman said.

"We really need to focus on that first 15-20 minutes in the second half."

Having played 15 minutes against Gold Coast at fullback, Norman scored a try in that time and is named to line up there again.

"It's a bit more running, but I'm all over the park.

"I think Brad just wants to get a proper good look at (Jaeman) Salmon."

Norman liked what Salmon provided the team in the win.

"He'd didn't get much of a chance, we ended up playing with with 12 players (for most of the time he was on the field)."

"He went well with what he was given.

"He starts this week and really looking forward to him taking the line on."

Parramatta has won two of their last five games, the Dragons have lost four of their past five games. That form started after the Eels were narrowly beat 20-18 in Round 16.

"They're going to be very disappointed.

"We've got to really do a job on their forwards and take care of (Matt) Dufty as well."

The Eels kick off against the St. George Illawarra Dragons at ANZ Stadium on Saturday 11 August in Round 22, Women In League Round of the NRL Telstra Premiership. Kick off at 7:30pm. Click through to purchase your tickets to the clash!

Click here to listen to the full interview with Norman on the Big Sports Breakfast this morning. 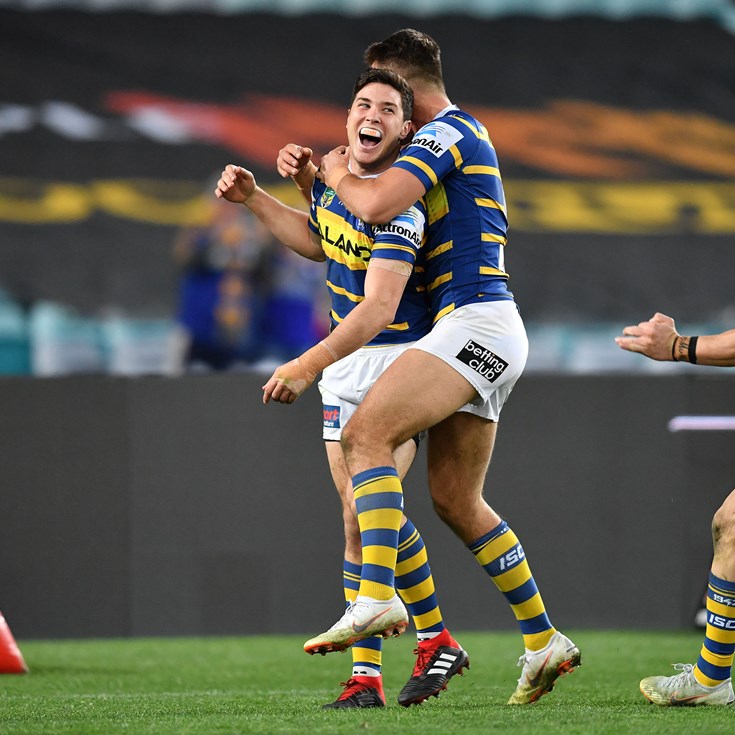 Eels v Dragons - Round 22 in photos