Jesse Cronin is a second-year diesel mechanic apprentice at Liebherr-Australia’s Erskine Park plant who balances his work and TAFE commitments with his ambition to be a professional athlete in the National Rugby League.

Jesse commenced his apprenticeship while at school and was recruited by the Parramatta Eels and moved to Sydney to complete his schooling at Hills Sports High.

Jesse was able to transfer his apprenticeship with the Club liaising with Liebherr and the school to ensure there was continuity as he completed his Year 12.

“The Company was great from the start and I love my apprenticeship,” Jesse said.

“All my bosses have been great and I am really enjoying the new challenges that come with being a second year apprentice.

“My current supervisor, Steve Thomson, makes me accountable and he has taught me the on-job applications of all that I learn at TAFE,” he continued.

“The Eels have also worked to make sure that I could manage my training and playing commitments around work and TAFE.

“The Club encourages us to have two ‘Plan As’ with all players required to be working or studying,” he concluded.

Something must have been working as Jesse was selected in the Australian Schoolboys side after winning a national age title with the Eels.

This year he has progressed to a full-time apprenticeship with his training commitments going to a new level with the Eels’ Jersey Flegg side.

In addition to the continued support of the Company he has the added support of Eels first grade player David Gower who, as a former NSW Apprentice of the Year, mentors Jesse in balancing the demands of both roles.

Gower, who is also an ambassador for the Australian Government in the ‘Real Skills for Real Jobs’ program, is full of praise for the support provided by the Company.

“To have an employer who is flexible in supporting an aspiring athlete like Jesse, makes the whole process work for all parties,” David said.

“With Jesse I just try to reinforce the life lessons he takes from the workplace to the training field and likewise from the footy environment to the factory floor.

“Both worlds require a strong work ethic, an ability to balance priorities and a commitment to learning,

“Having an employer like Liebherr makes the relationship work,” Gower concluded.

David Clark, National Service Manager for Liebherr-Australia, was full of praise for the relationship with the Eels and Jesse’s progress.

“As an employer we are pleased that we are not seen as a ‘Plan B’ “, Clark said. “Jesse is a hard-working employee and a valued member of our organisation.

“There is a real partnership with the Eels and Jesse is fortunate to have a senior player with a trade background like David mentoring him.

“We are happy to work with the Eels on a program that promotes apprenticeship and traineeship opportunities to our youth,” he concluded. 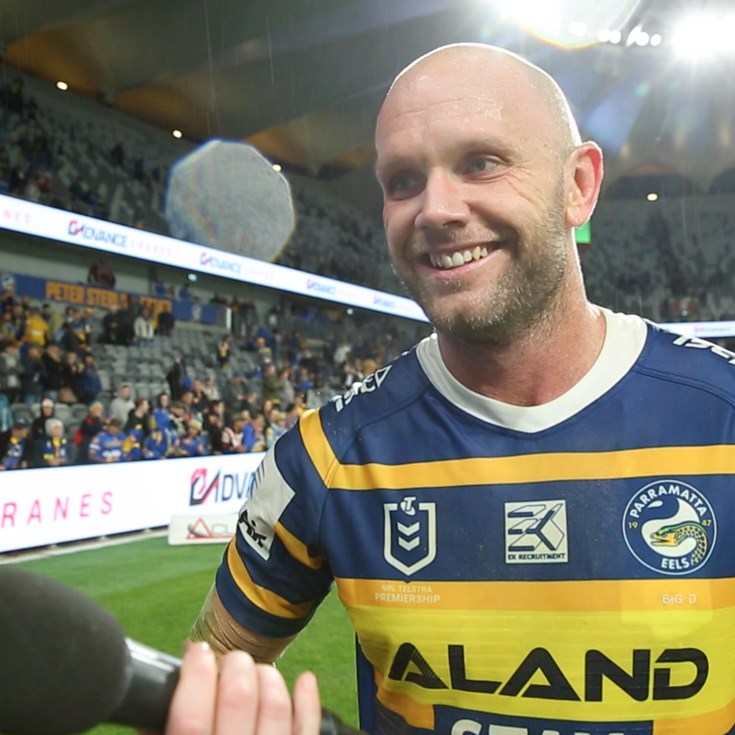 Gower: BA challenged us publicly and we answered the call

Gower: The boys are hungry and eagerly awaiting the trials

Gower: We need to be better