It has been a monumental year for Eels' winger George Jennings and he was recognised at the Ken Thornett Medal night as the club's best back of 2018, winning the Jack Gibson NRL Coaches' - Best Back award.

Before a ball was kicked in 2018, Jennings had only played five NRL matches in 2015 with the Penrith Panthers.

This season had been his second year with the Eels, in 2017 Jennings spent 21 matches with the Wentworthville Magpies.

"Last year I didn't get to play first grade, but every week he (Brad Arthur) was always sitting me down and telling me what I needed to do to play (NRL)," George said at the 2018 Ken Thornett Medal.

Blue & Gold Head Coach Brad Arthur was impressed with his effort in the pre-season.

"At the start of the year, in the pre-season he did so much work at training on catching the football," Arthur said when presenting the best back award.

"I'm sure his teammates will be very proud of George Jennings."

He made his Eels debut in Round 4, the Easter Monday clash in front of 30,420 against the Wests Tigers at ANZ Stadium.

The winger scored a try in the second half, the third of his NRL career, with brother Michael providing the last pass.

"Signing here two years ago, I was excited thinking about the opportunity to play with Michael.

"As a kid... I never thought that we'd be playing together in the NRL.

"To finally achieve that now is a dream come true."

In Round 14 against the South Sydney Rabbitohs, it was the first time at NRL level all three Jennings brothers (George, Michael and Robert) played in the same match.

George started three matches on the right wing and 17 on the left wing.

"Every game I didn't take for granted." 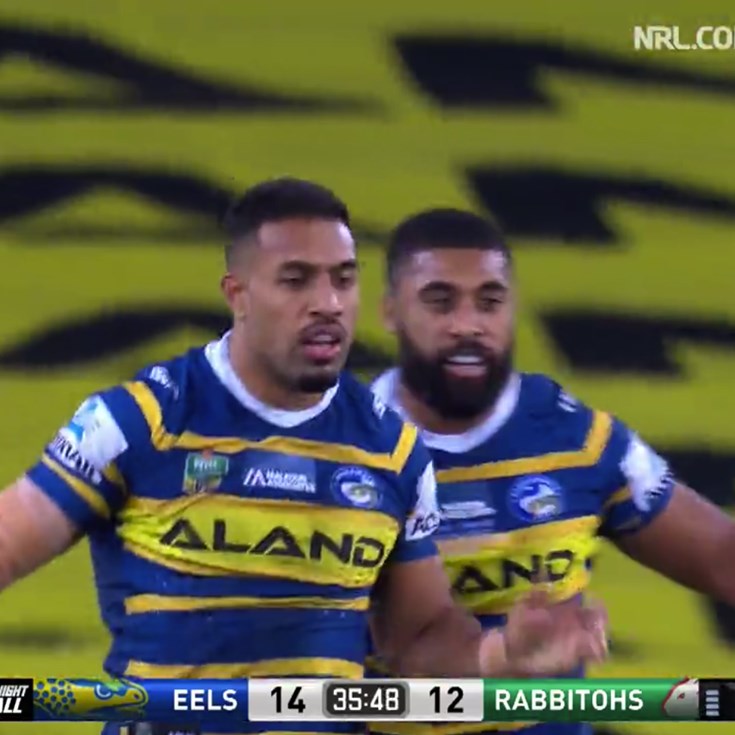 G.Jennings: This week is a big test