Injuries limited the Eel to 15 matches, but the performances he had continued on from where he left of in 2017.

Brown had one of his biggest impacts on a match in the Round 19 win against the Canterbury-Bankstown Bulldogs.

It was a low scoring, tough slog and the second time the lock forward played all 80 minutes in 2018.

Blue and Gold Head Coach Brad Arthur revealed after the match he gave Brown additional motivation during the week.

"He (Nathan Brown) spoke to me about making sure he's getting 80 minutes, and I challenged him that he had to earn it," Arthur said at the Round 19 post match press conference.

"He's a leader. Not so much from what he says, but just his actions on the field.

"He's one of those blokes that competes right to the death. He's a real winner."

My number one supporter and my inspiration. Battled 3 different types of cancer over 20 years and no matter how many times it knocked u around u just kept on getting up one of the strongest and toughest there is I will try and do u proud and I know u will always be watching love you nan ❤️

From Round 19 to Round 23, his last match of the season due to injury, the Eels won three of the five matches and Brown averaged 77 minutes per contest.

Brown, who last year won the 2017 Ken Thornett Medal and played for Italy at the Rugby League World Cup, re-signed with the Eels in May.

Very happy and excited that I re- signed with the eels . Grateful to be part of such a great club my team mates and everyone involved in the club made this decision easy looking forward to a big year can't wait to take the field with the lads this Sunday ✌️🤙🤙 #paradise #blueandgoldarmy 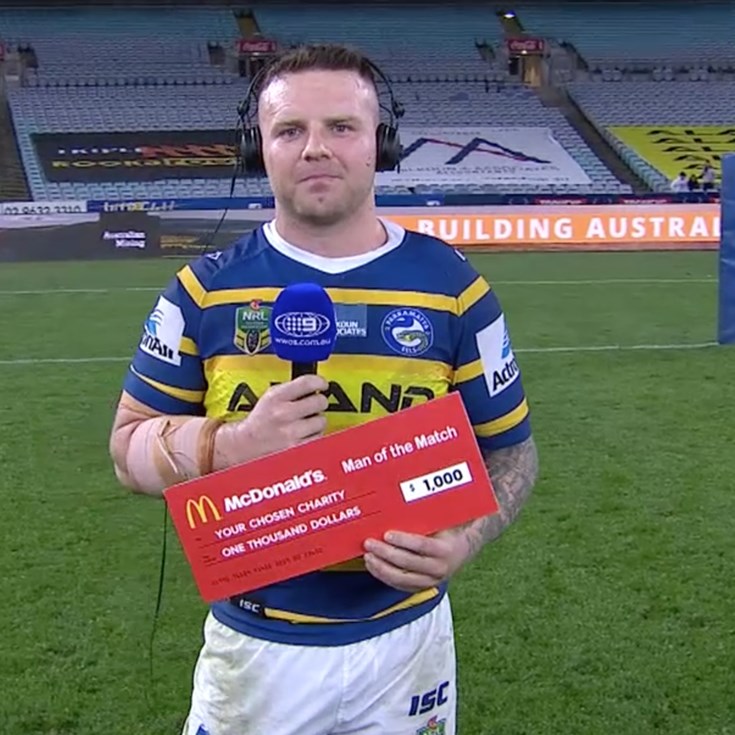 Eels v Bulldogs - Round 19 Match of the Match