Season 2018 for Jarryd Hayne was a homecoming with a strong finish after a tough start.

He managed four appearances (two cut short with injury) in the first 13 rounds, then played all remaining 11 matches coupled with 10 tries.

In round 22 against the St. George Illawarra Dragons Hayne's first-half hat-trick set up a 40-4 win, the biggest victory of the season.

The 30-year-old was used primarily as a left centre, having started nine matches there, with four on the left wing, one on the right wing and one at fullback.

From time-to-time Blue and Gold Head Coach Brad Arthur decided to swap Hayne in and out of the fullback role during matches.

Great to be back on the field with the brothers last night! Much needed win, happy to get a bit of meat. Good to see the skip @clintongutherson happy and huge effort from the young fella @reedmahoney_ debut in the heat and against a huge forward back. #parra #blueandgoldarmy

His first appearance back in a Parramatta jersey since 2014 was also his 200th NRL match in round one against the Penrith Panthers.

"You can't control the future and to have my 200th in my first game back for Parra against the local rivals, it's special," Hayne said.

He picked up a hip-flexor injury early in the season and later revealed he also had a mystery stomach illness at the time.

"I went to see doctors, I had a couple of surgeries, we did a lot of tests, nearly every test you can do," Hayne said in the week leading up to a 28-12 win against the Gold Coast Titans in round 20.

"We figured out certain foods I had to cut out of my diet, and take different supplements to get certain bacterias back in my stomach that had been wiped out."

"I love the game, but it's tough when you don't know what's going wrong with (your body) and you can't do things you normally can do."

Once he returned in round 14 Hayne was back to what he can normally do, busting tackles and scoring tries. 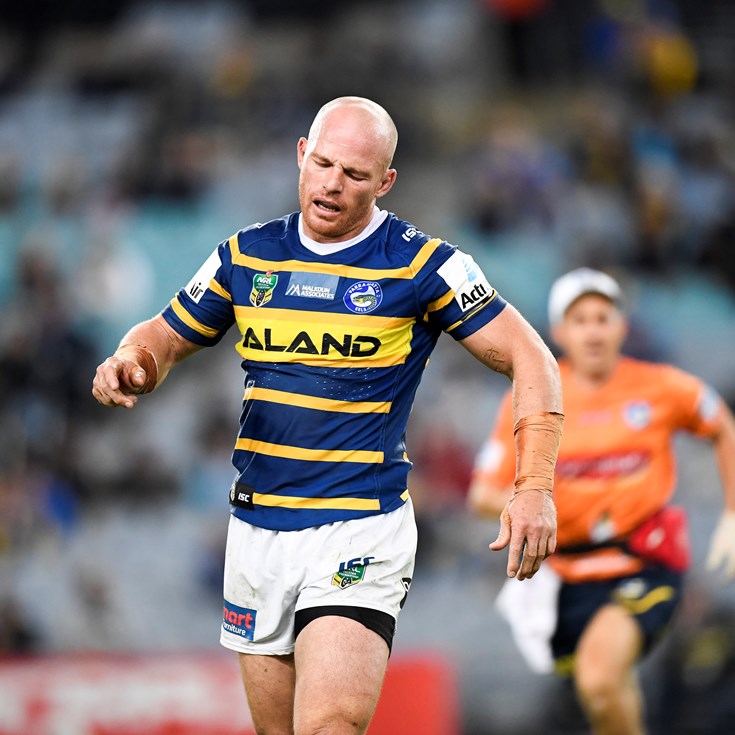