Here is all you need to know about the Parramatta Eels' 2019 Telstra Premiership draw.

Kick-off: When you’re the wooden spooners, every game is a tough game but for Parramatta, the early schedule is favourable in that they don’t leave Sydney’s west in the first four rounds - away to Penrith first up before three straight ANZ Stadium fixtures against the Dogs, Roosters and Sharks.

Panthers (Round 1, Panthers Stadium): This is the type of local derby that always gets the fans rolling through the gates and there will be plenty of feeling on offer after Penrith brought Parramatta's season unstuck as early as round one last year, when Viliame Kikau blitzed the mountain men from 14-0 to a 24-14 comeback with Mitch Moses sin-binned. The Panthers repeated the dose 12-6 just four weeks later. The Eels scored the same number of tries as their opponents in both games but kicking accuracy and penalties ruined them. They'll be desperate for revenge in 2019.

Bulldogs (Round 2, ANZ Stadium): A rivalry that flared into life as two superstar teams fought any number of huge battles through a decade of dominance in the 1980s and in plenty of clashes since (nobody who saw them will ever forget the 1998 and 2009 preliminary finals). Both last season's meetings were hotly contested despite the relative standing of each side; a late Adam Elliott try broke Eels hearts in round 10 as a loose ball wrong-footed Clint Gutherson before Parramatta squared the ledger in round 19 with Mitch Moses's second half 90-metre try (again from a loose ball) the difference.

Sea Eagles (Round 18, Lottoland): There has been genuine hatred between Manly and Parra for a long while now. Both joined the competition in 1947; recent years have seen a ton of movement between the two clubs (Brad Arthur, Kieran Foran, Clint Gutherson, Tony Williams, David Gower, Siosaia Vave, Anthony Watmough and most recently 2019 Eels recruit Shaun Lane). The two clubs played out two monster floggings last season; a round two 54-0 demolition at a melting hot Lottoland dealt the Eels a psychological blow from which they never recovered, though they claimed some revenge with a thumping 44-10 win in round seven.

Sharks (Round 4, ANZ Stadium): It has been mostly one-way traffic between the Eels and the Sharks with the blue and golds just unable to crack the riddle of how to beat Cronulla of late over five straight losses. The 14-4 loss in round three was another game that got away from the Eels despite scoring the same number of tries as their opponents while round nine was headed the same way at 22-4 with less than 10 to go. A stunning three-try blitz from Parramatta mowed down a Sharks side that had slacked off and a pumped-up Mitch Moses had a chance right on full-time to convert his own try from out wide to send the game to golden point; the shot sailed just wide leaving a shattered Moses to be consoled by his teammates.

Roosters (Round 3, ANZ Stadium): There is no better challenge than taking on the premiers and the Roosters have touched up the Eels to the tune of 92-20 over the past two outings. The Eels badly missed Semi Radradra's kick return impact last season and will be desperately hoping winger of the year and premiership-winner Blake Ferguson will breach that gap. They will need it no more than when Ferguson lines up against his former club.

Toughest stretch: Rounds 9-14. The toughest patch for the Eels comes from round nine. Their Magic Round game at Suncorp is against perennial tormentors Melbourne, before they face the Cowboys in Townsville where the Blue & Gold have just two wins since 2000. They return off a five-day turnaround for a local derby at home against a Penrith side that punished them twice in 2018 followed by the dangerous Bunnies, also at home. They head from there to Cronulla to face a Sharks side that has beaten them five times on the bounce before taking on the Broncos at home.

And another thing: After having their 2018 season effectively derailed in the opening fortnight on the back of one comeback (round one at Penrith) and one flogging (round two at Brookvale), both in sweltering heat, hopefully the Eels spend this summer on the sand dunes because they have two more Sunday day games to kick off 2019. 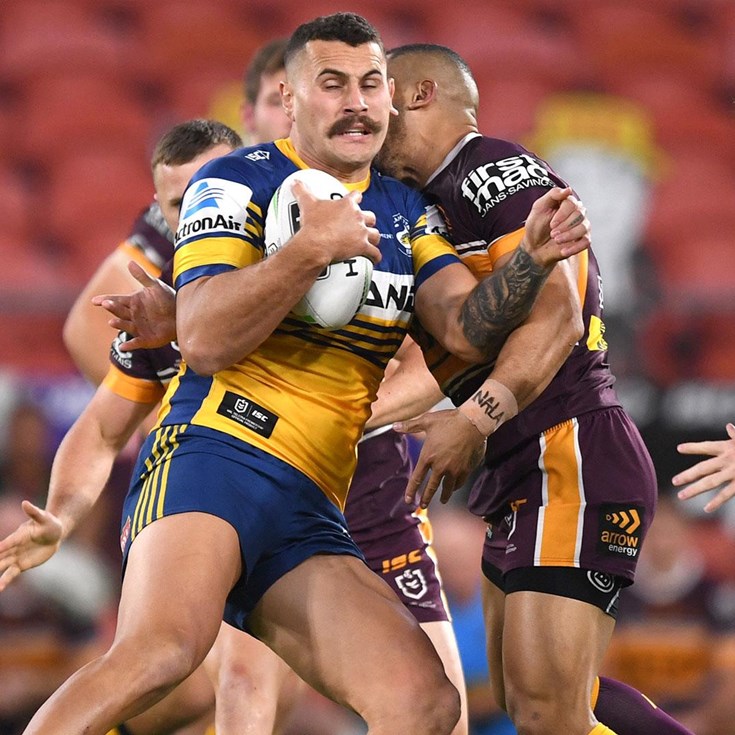 Gutherson: Haas has to be stopped