The Parramatta Eels under 20s team was overpowered by the top of the table Cronulla Sharks in Round 13 of the Jersey Flegg Cup.

It was always going to be a challenging trip to the Sutherland Shire for the Eels’, but the young side showed guts and delivered patches of energy filled football.

The young Eels started strongly, with good field position and aggressive defence, but it was the Sharks who claimed first points.

Fullback Jonaiah Lualua broke the defensive line on the left side and scored in the 16th minute, before converting his own try.

The young Eels scrambled in defence, but couldn’t hold off repeated attacking sets by the Sharks.

Hooker Isaac Longmuir picked up the Sky Blue’s second try under the post in the 28thminute and it was once again converted by Lualua.

Haze Dunster bolstered the Blue and Gold’s attack the following set, before half time and was held up over the goal line.

The Eels started the second half full of energy, but failed to convert their attacking opportunities.

The Sharks added to their points in the 40th minute, with Vito Tevaga picking up a lose ball in the Eels half to score next to the post.

Lualua continued his good form with the boot, to convert the try and put the Sharks ahead 18-0.

The Eels hit back five minutes later, with winger Taufa Afu getting the Blue and Gold’s first points of the game.

The gap narrowed to 18-4 with 25 minutes to play, but the Sharks immediately hit back after the Eels dropped the ball off the kick off.

Franklin Pele delivered the impact off the bench, making the Eels pay for their error, with a strong charge to cross the line before it was converted once again by Lualua.

The halfback broke the defensive line with less than ten minutes to go, running 50 metres before offloading to Afu.

The Sharks picked up another two tries before fulltime, thanks to Jack Boyling and Josh Delailoa, finishing the game 34 points to 10. 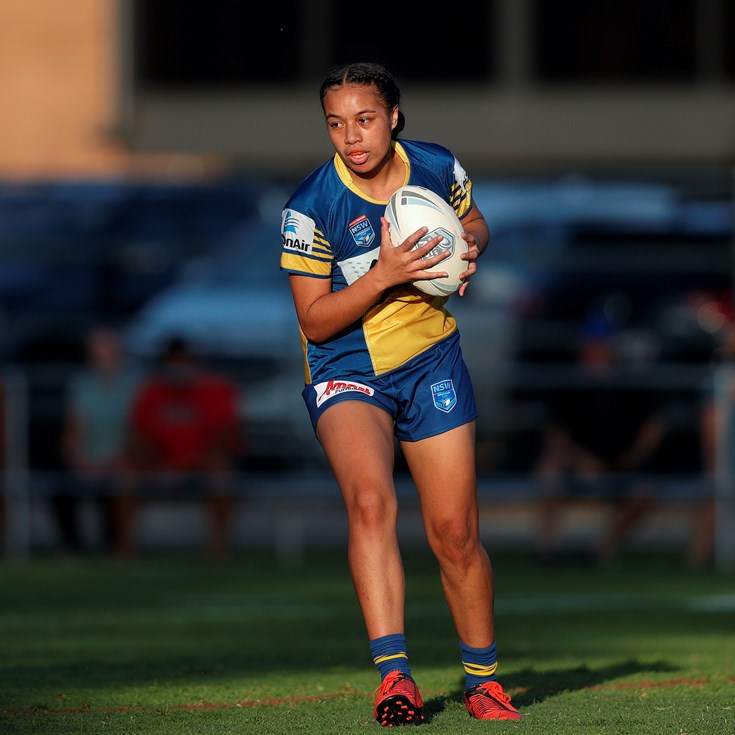