Eels halfback Mitch Moses is delighted for close mate Curtis Sironen's recent success – but will be doing his best to stay away from him when Parramatta and Manly meet at Lottoland on Sunday.

Moses, the nephew of Balmain great Benny Elias, and the son of Tigers legend Paul Sironen grew up together and came through the Wests Tigers system together, eventually playing three years of NRL alongside each other.

"He's playing outstanding footy and I'm really happy for him."

Each player has been through significant challenges since departing Concord; Moses was an immediate success at the Eels after a mid-season transfer in 2017 before enduring a wooden spoon season in 2018 then rediscovering his mojo this year.

Sironen was discarded by the Tigers six months before Moses left and was only been able to show glimpses of his boundless talent at the Sea Eagles in between several serious injuries before hitting a purple patch of form under Des Hasler this year.

"Curtis is having one of the best seasons and it's so good to see him playing the footy he's playing," Moses continued.

"Growing up with him, seeing how many injuries he's had, being dropped from the Tigers team, going to Manly and still having injuries but now he's backed up a few games and he's playing outstanding footy.

"He's a real big threat for them and someone we're definitely going to have to watch this weekend. I'm just really happy for him to see the footy he's playing, see what he's doing with his life.

"It's a credit to him, he's had a tough road with all the injuries he's had and it's showing in his footy."

From ruptured pecs to ruptured ACLs, Sironen missed more games than he played in his first two seasons on the northern beaches but has hardly missed a minute in 2019, playing every game and the full 80 in all bar three of those.

He has four tries in his past four games including a double in his 100th NRL game a fortnight ago and is coming off a career-high 196 run metres in a narrow loss to Souths last weekend.

Manly in the way of Eels' march up the ladder

"His injuries are ones that are very hard to come back from and the amount of injuries he's had, to come back and play the footy he's playing ... he's probably one of the in-form back-rowers of the comp at the moment.

"He's worked his backside off and got back to being fit and playing good footy. I'm really happy for him."

Moses has been in impressive form himself of late, with eight try assists and 17 tackle busts in Parramatta's past five games, leading to four wins including three straight for the first time since 2017.

The halfback credited his forward pack for making his job easier and was most pleased the club was able to back up from the rep round week off and round 16 bye to keep winning despite the interruptions.

"Some teams find that hard; we had a game, bye, game, bye," Moses said.

"Some teams do find that hard having the week off then getting straight back into things so it's good we've come out the other side of that and won three in a row at the moment so we just need to continue that."

Moses is enjoying arguably his most consistent season despite a rotating cast of halves partners but hoped with teen sensation Dylan Brown now back from a long injury lay-off the continuity would help the team overall.

"We're just giving him real simple things to do, go out there, take the line on and make his tackles and I think he's doing a good job of that at the moment.

"He'll be easing his way back in and getting a feel for the combinations, getting those combinations back on that edge." 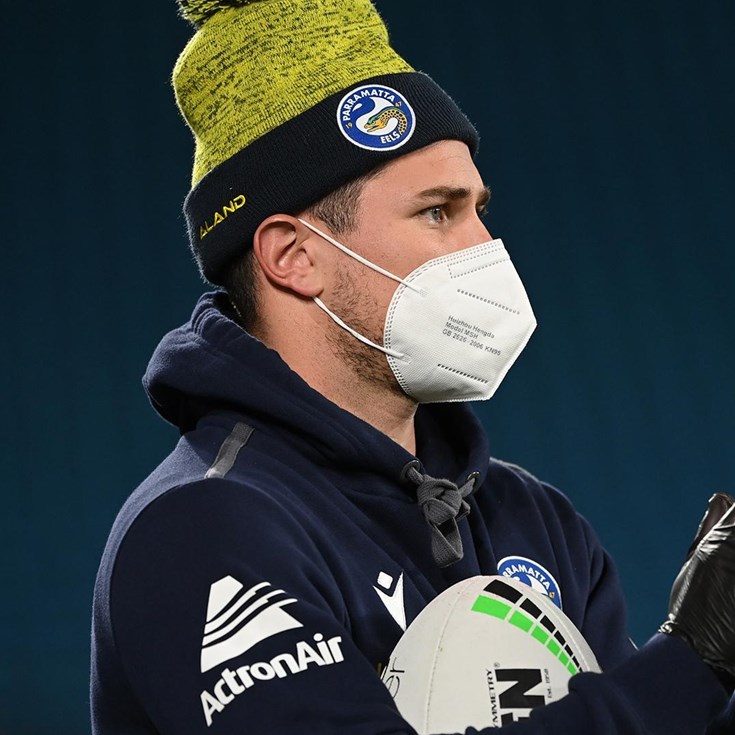