Payne Haas, Briton Nikora, Maika Sivo, Bronson Xerri, Ryan Papenhuyzen and Reuben Garrick have been voted as finalists for The Players' Champion Rookie of the Year.

Forming one of the hottest fields in recent memory, the six youngsters were put up for the award by their peers, with every NRL-contracted player able to have a say (though they couldn't pick a player from their own club).

Manly captain Daly Cherry-Evans received the gong in 2011 and was inspired to kick on to greater heights.

"When you get such a prestigious award at the start of your career, it certainly gives you a thirst to want more," Cherry-Evans told NRL.com.

"I think it definitely has a lot of significance because it is voted by the players you're playing against every week. Rugby league's a tough sport and there are so many great players within our game."

Cherry-Evans saw Garrick progress at close-range this season as the 22-year-old winger went from a Dragons outcast to a Sea Eagles star.

RLPA Rookie of the year finalists

Garrick bagged 16 tries and booted 65 goals to rank sixth on the point-scoring table.

"I thought he had a brilliant debut season," Cherry-Evans said.

"It can be hard to impress from the wing in a game that's so hard and fast through the middle."

Another flanker that created a huge splash in 2019 was Parramatta's Sivo, who topped the competition with 20 tries in the regular season.

Cherry-Evans can testify for just how difficult it is to stop the barnstorming Fijian.

"I actually don't even know if I tackled him – I think I tried to but I didn't come up with any luck there," the halfback chuckled.

"He's going to be a hard man to handle for years to come. When it comes to debut years, they don't come much better than that."

"Nikora has already established himself as a [New Zealand] international in his first season of first grade – there's so much to be said about that," Cherry-Evans said.

"He plays well above his weight and he looks like a bloke who's never going to take a backward step, which is something you want from your back-rower."

The only other forward in contention is Brisbane prop Haas.

The 19-year-old behemoth's massive motor has Cherry-Evans in awe.

"For someone so young like Payne to come in and make such a big impact in the middle of the field is pretty rare," said the Queensland skipper, who played against NSW debutant Haas in the State of Origin opener.

"And not only that, when I talk about impact it's usually for 80 minutes. It's just outrageous to think that someone is playing at such a high level for such a long period of the game."

Sit back and marvel at this try from Payne Haas

Cronulla centre Xerri and Melbourne fullback Papenhuyzen round out the candidates.

The pair boast blinding speed and agility that invokes nervousness in opposing teams and makes fans rise in anticipation.

"Any time they've got the ball, it's red alert. You're doing your best to try to contain them," Cherry-Evans said.

"It's great for our game when you get the ball in those people's hands, because whether you know rugby league or not you know something special is going to happen."

If he was forced to select a winner, Cherry-Evans would opt for Haas.

"What he's done this year has been spectacular," Cherry-Evans said.

"But I don't think it's a clear-cut winner because some of these other guys have had fantastic years."

Hosted by the Rugby League Players' Association, which is celebrating its 40th anniversary, The Players' Champion awards will be held at the Foxtel on Oxford in Sydney on October 14. 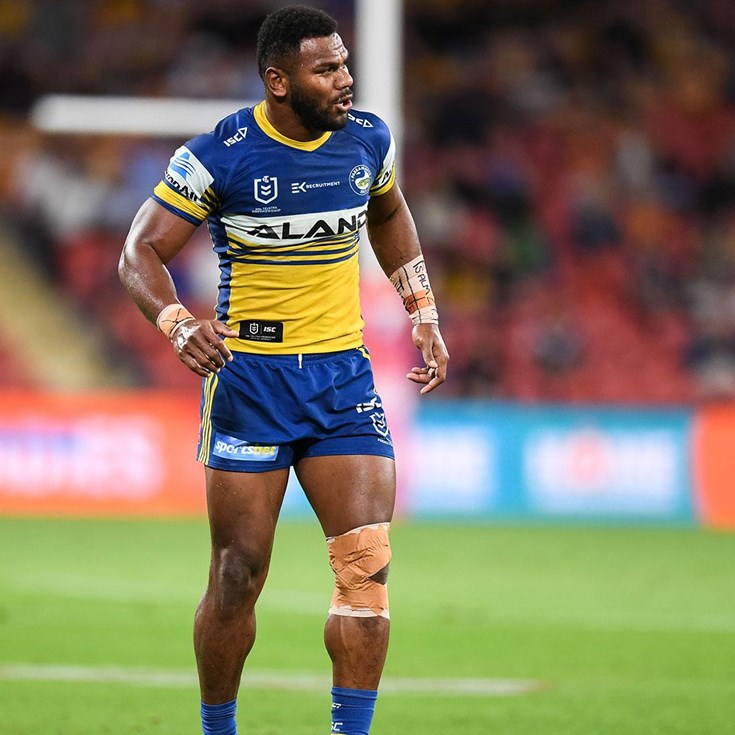