Eels veteran Blake Ferguson says the trial clash with Penrith in Bega can be the start of something special in 2020.

The 30-year-old winger was the Indigenous All Stars best in their 30-16 loss to the Maori All Stars on Saturday night. He ran for 195 metres and scored a scintillating try after kicking for himself.

Next on his agenda is the historic EISS Super Sapphire Trial Tribute on Saturday, a sold-out match which will aid communities affected by bushfires.

Eels players travelled to Bega on Wednesday, with Ferguson excited about helping a community in need and continuing his strong start to the year.

"I can't wait get out there and continue it against Penrith in our trial in Bega," Ferguson told NRL.com during All Stars week on the Gold Coast.

"I'm really looking forward to talking to the communities that have been impacted by the bushfires. I think the Bega trip can be the start of a good year for us."

Parramatta assistant coach Steve Murphy said the leadership Ferguson displayed in the All Stars clash was reflective of his influence in clubland.

"I thought Fergo was very good in the All Stars game, and as the backs coach I was obviously very happy with what he did," Murphy told NRL.com.

"Fergo is working hard on becoming a real leader and that is what the group needs because he is at an age where he can really inspire people.

"He is more mature and settled and that is being reflected on the field."

The Eels have not won a premiership since 1986 and there is a sense this could be the year to end that drought.

To do so Parramatta must eradicate the inconsistency of last season. That continued in the finals where a 58-0 win over Brisbane was followed up by a 32-0 loss to Melbourne, a defeat Ferguson remembers all too well.

"It definitely does [still burn]. That game is still in the back of my mind but now we have to put it all together this year," Ferguson said.

"We have a lot of respect for the past but it is us players that have to make it happen this year.

"That means giving it our all. We've trained hard and now we will play hard.

"I want to play for my coach, for my brothers and for Parramatta. We've set ourselves a goal this year and we want to work hard to achieve it."

That confidence is born of the success Ferguson has had on the biggest stage, an asset Murphy said was invaluable to the side.

"Fergo has something that our group doesn’t have. He's played in all the big games for NSW and Australia, won a premiership with the Roosters and come up with the match-winning plays in big games, and that experience is invaluable for our group," Murphy said.

"Besides that he is a finely tuned, athletic machine who provides a lot of energy for the team.

"I am always inspired by what he can do. I was in the gym one day and everyone was around him because he was breaking one of the club's lifting records. He's an incredible athletic specimen.”

Murphy said there was a lot of expectation and excitement about playing Penrith.

"There is obviously great history there with Reagan Campbell-Gillard and Maika Sivo both coming from Penrith," Murphy said.

"In my short time here the games between Penrith and Parra have always been hard-fought and very physical encounters, so it is perfect preparation for us." 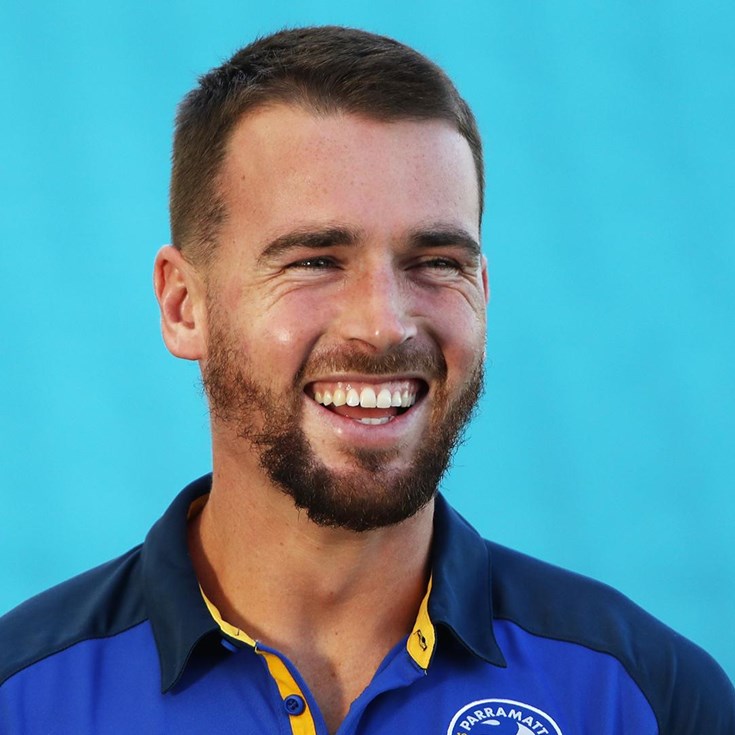 The long and the short of it in Eels front row